Japan’s Kiso Shipbuilding has delivered a new aluminium survey boat for operation out of the Port of Mizushima in western Okayama Prefecture. Named Tamashio II, the vessel will be used by the Chugoku Regional Development Bureau of the country’s Ministry of Land, Infrastructure, Transport, and Tourism.

Tamashio II is unique in that it had also been designed to perform disaster relief operations as one of its main functions in addition to hydrographic surveys, which are to be carried out with the aid of a sonar mounted on the hull bottom. 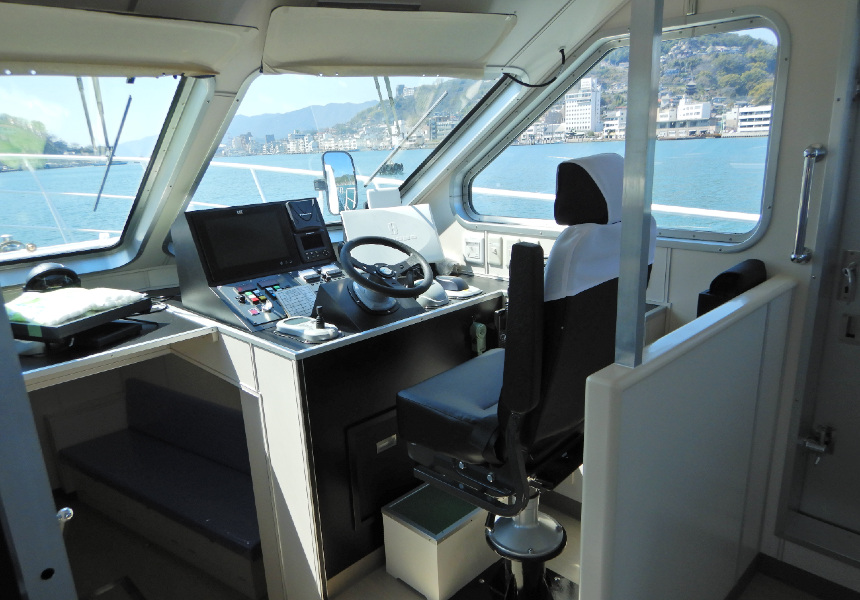 The development of dual-purpose vessels such as Tamashio II is nothing new in Japan, a country that has often been subjected to natural disasters such as earthquakes, tsunamis, and floods. Those disasters all drove home a number of important lessons, not the least of which is the need for government agencies to always be prepared by the time the next disaster strikes.

As with other agencies throughout the country, the Chugoku Regional Development Bureau had recognised this need but had also understood the feasibility of having vessels that were originally built to fulfil other duties to be easily adapted to the role of emergency response. Among other things, having a single platform that is purpose-designed to carry out two different yet highly important functions would translate into lower costs.

With an LOA of 18 metres, a beam of 4.2 metres, and a gross tonnage of 19 tonnes, Tamashio II is small and light enough to be able to respond quickly to emergencies by delivering relief supplies to communities within its area of operations, which also encompasses a portion of the vast Seto Inland Sea. 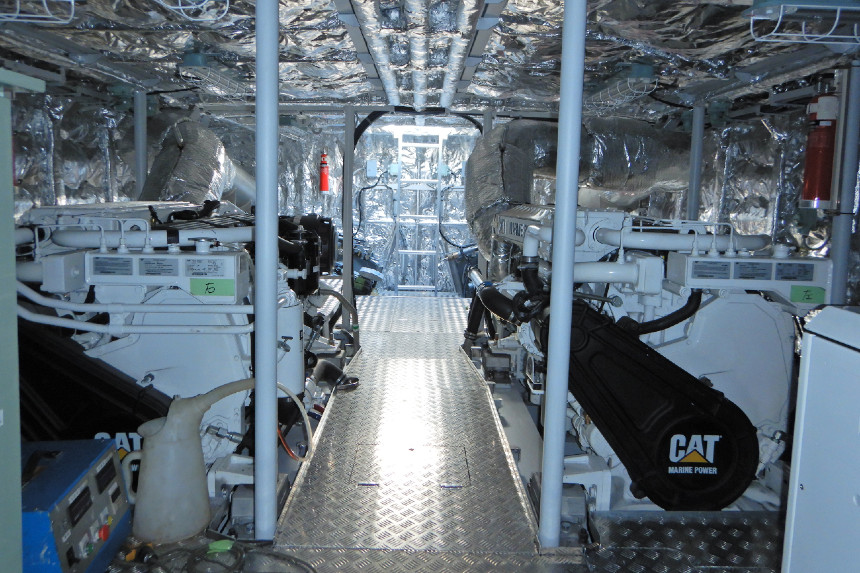 The vessel is powered by a pair of Caterpillar C12 479kW IMO Tier II-compliant engines that are connected to HamiltonJet HJ403 waterjets to deliver a cruising speed of 25 knots and a maximum speed of 30 knots. Like other units in HamiltonJet’s HJ range, the HJ403 features a split duct reverse deflector that guarantees highly responsive control even at slow speeds where the engines are set to a higher rpm. 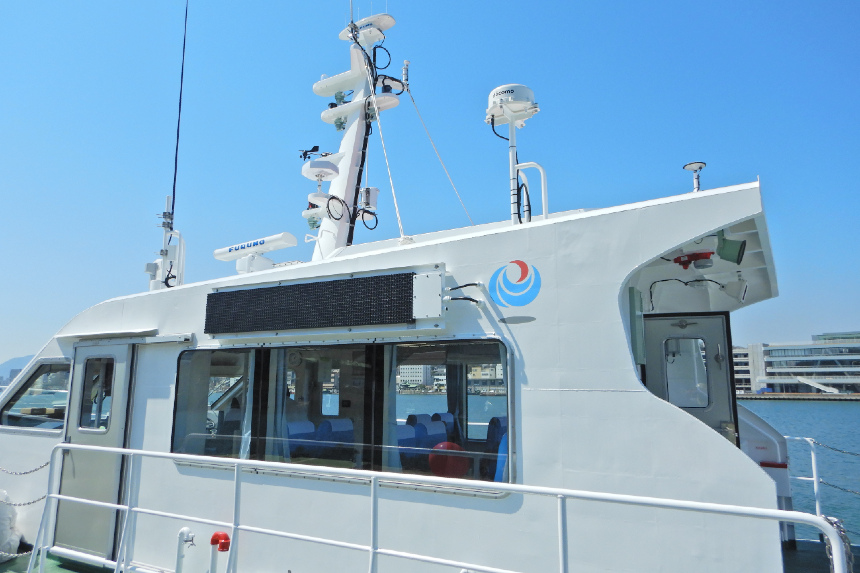 A Northern Lights M844LK3 20kVa generator provides power for the onboard electronics, which include a radar, a satcom, AIS, GPS, GMDSS, and a plotter all supplied by Furuno.

The craft could be operated by a crew of two and could accommodate up to 18 passengers or specialised personnel such as survey technicians and emergency responders. These additional occupants may be accommodated in the main cabin just behind the two operators and on the open aft deck where three benches have been installed. A pair of small tables has also been fitted in the main cabin. 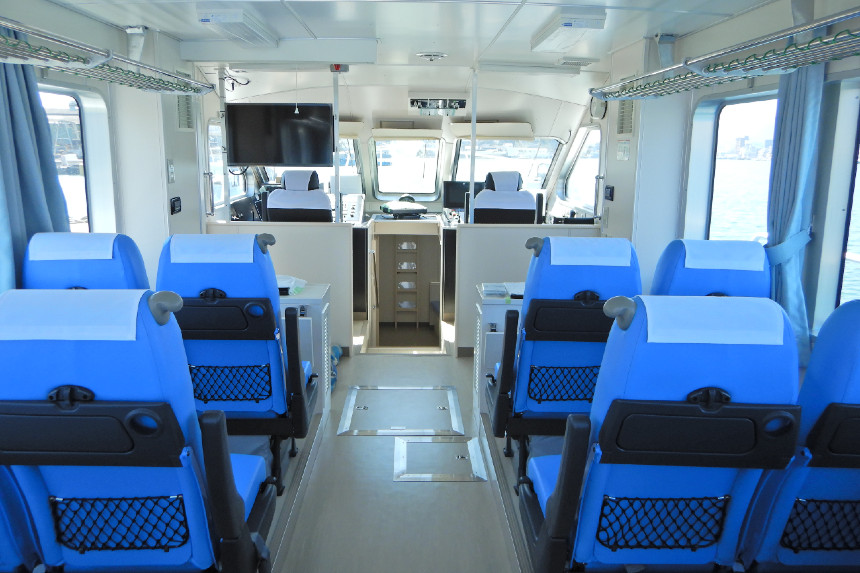 The 12 cabin passenger seats, which closely resemble those found on commercial airliners, were supplied by local company Tenryu Aero Component, a sub-contractor with many years of serving clients in the Japanese civil aviation industry. Like their counterparts that have been fitted on commercial aircraft, the passenger seats on Tamashio II also have shock-absorbing and fire-retardant features.

Both the main cabin and the aft deck are the most spacious areas on the vessel and have thus been designed to be capable of housing relief supplies in addition to personnel. 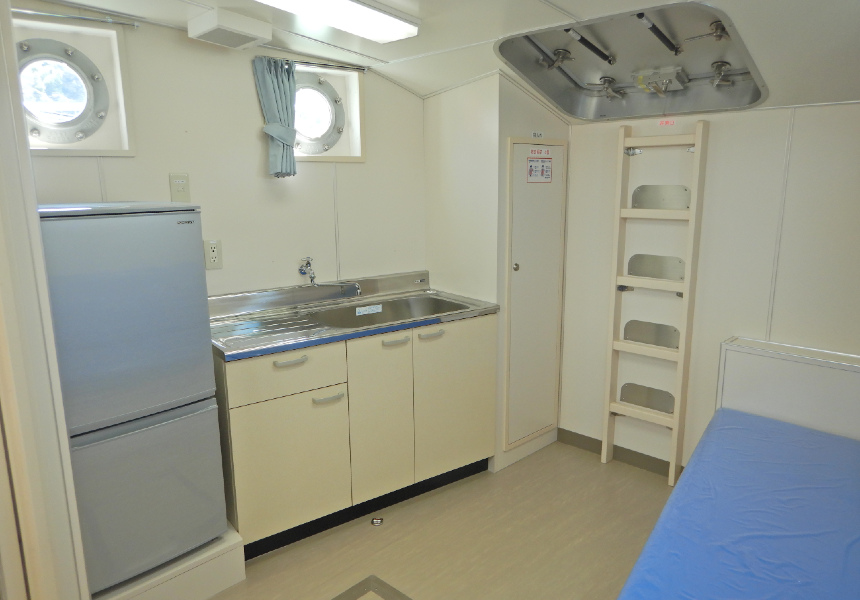 Another passenger cabin has been placed slightly below and forward of the operators’ main cabin station. This area, which may be accessed via either the wheelhouse or a hatch on the forward deck, has been fitted with a sink with cabinets, a bed, a small toilet, and space for a small two-door refrigerator. 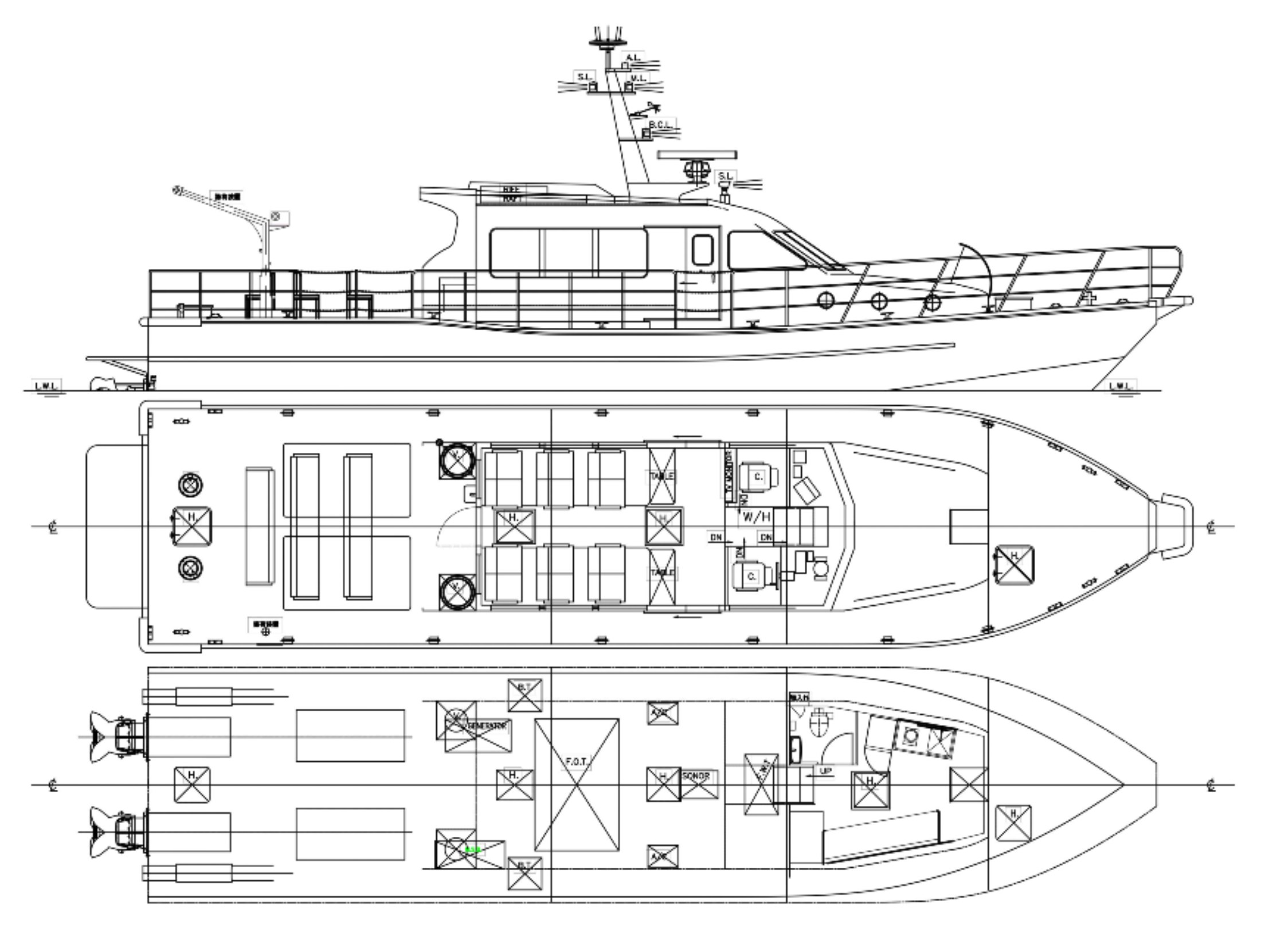