A survey and recovery project off the West Coast of Scotland on a sea inlet once referred to as the “Secret Loch” has been successfully completed.

A side-scan was deployed from the Aspect Surveys vessel Vigilance. An initial pass through the centre channel of the loch revealed the seafloor was made up of a relatively featureless areas with the exception of extensive trench-marks and scarring presumably caused by the anchor chains used by large cargo container traffic that at one time used the loch as a safe haven during poor weather. 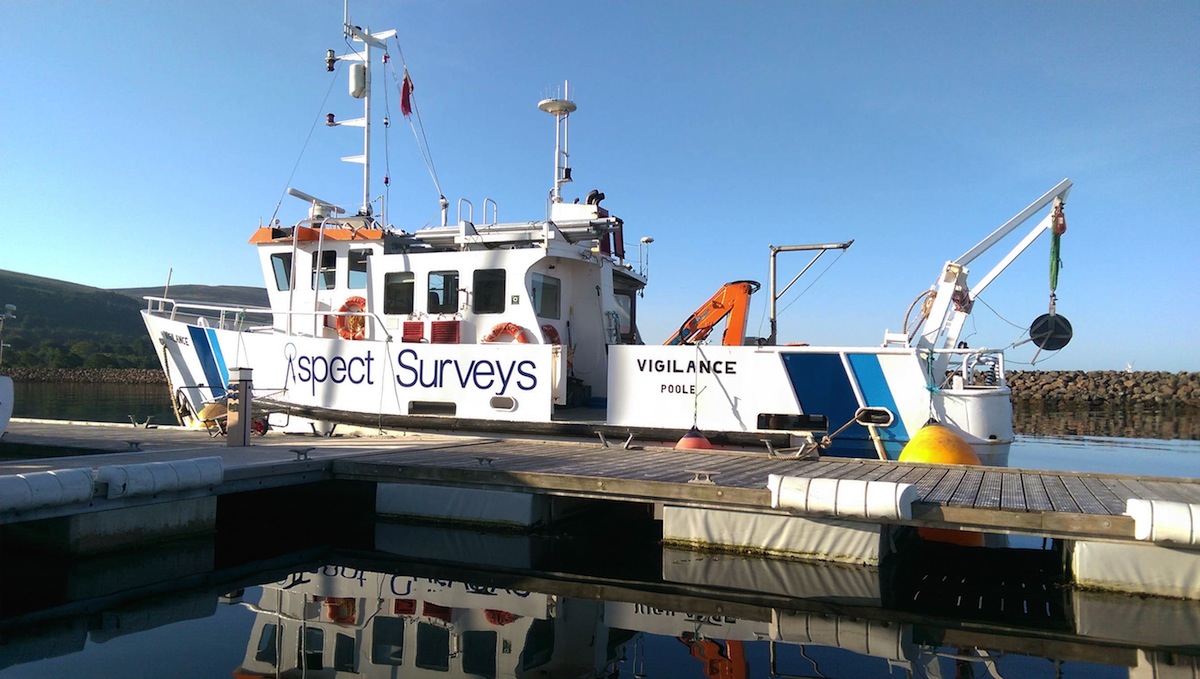 In World War II, British engineer Sir Barnes Wallis invented the bouncing bomb that was designed to skip over the surface of a stretch of water, avoiding anti-torpedo nets, before sinking directly next to a dam wall or battleship target. The initial bombs code-named “upkeep” were used successfully against the Ruhr dams in Northern Germany.

Developed in parallel with the “upkeep” bombs were a smaller spherical bomb codenamed “highball” and these were specifically designed as an anti-ship weapon – particularly with the German battleship Tirpitz in mind as a potential target. The “highball” was designed to carry a 500-pound charge in a cylinder contained in a 35-inch sphere and dropped at high speed from a modified Wellington or Mosquito bomber.

Arriving at the target area it quickly became apparent that there was a more dense scattering of “highballs” in and around sections of anchor chain that had been cut and discarded with their anchors still in place as the French target vessel was towed away for scrap after the war.

Survey operators were able to produce high definition images for classification to 75 metres per side at 900kHz. The data produced was used when the diving operation team needed to clarify which targets would be
suitable candidates for recovering the “highball” devices. The recovered artifacts will be on display at the Brooklands Museum in Surrey and the de Havilland Aircraft Museum in Hertfordshire.