Written by Baird Maritime on January 2, 2018. Posted in Subsea Surveying. 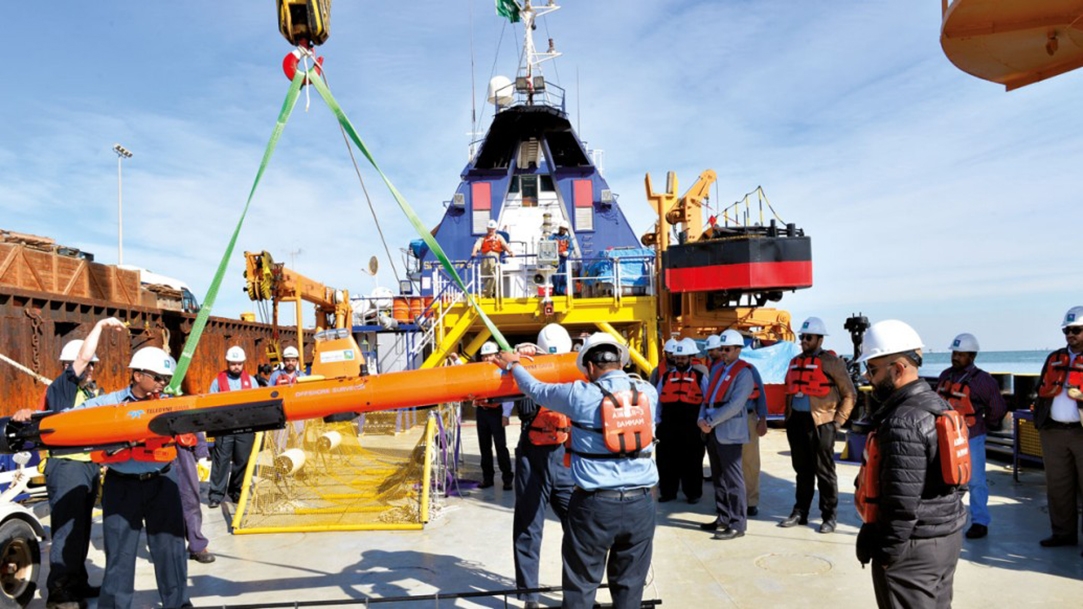 The sidescan sonar/bathymetric module for geophysical operations is a camera used for subsea inspection projects, and also an environmental module for oil leak detection surveys.

A battery module can be added to the assembly to extend the duration of its mission, he said.

Operated remotely from onshore or from a boat controlling the vehicle through Wi-Fi, the AUV uses its inertial navigation system when working at depth.

“It hosts a selection of safety features that enable it to abort missions and avoid danger with its collision safety systems and eases the search and recovery with an embedded satellite phone and a pinger locator,” Mr Squibb said.

Mr Squibb said the AUV was cost efficient, with its ability to perform tasks that usually require a large, US$50 million survey vessel.