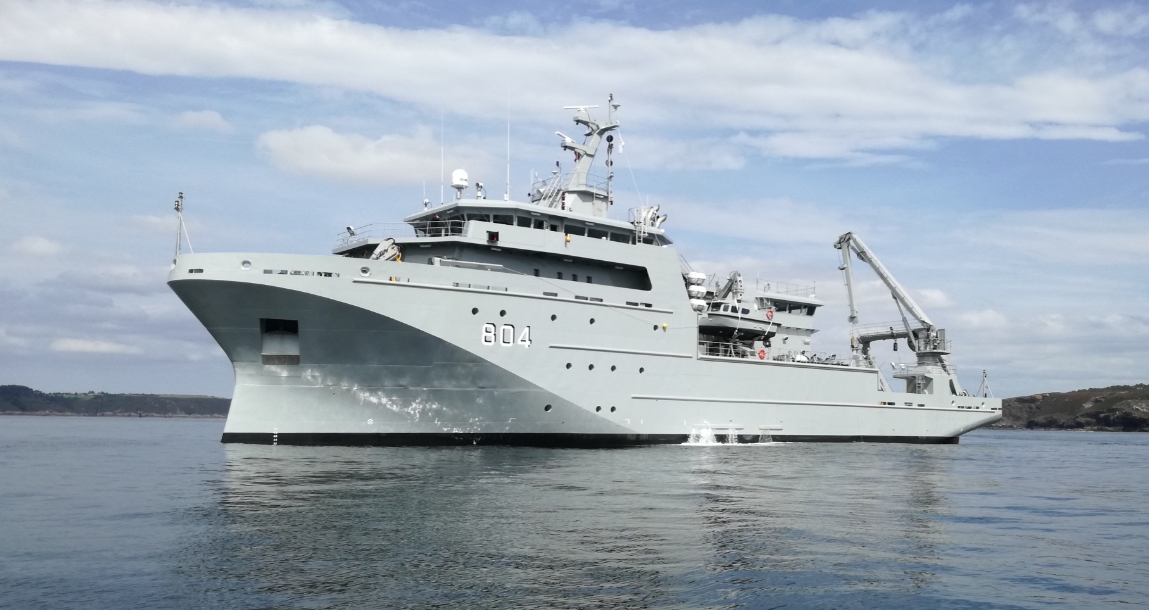 The steel-hulled vessel will be capable of performing mainly hydrographic and oceanographic missions though it may also conduct other missions such as patrolling, humanitarian assistance, search and rescue, dive support, and environmental protection.

Dar al Beida has an LOA of 72 metres, a width of 15 metres, a maximum draught of five metres, a speed of 14 knots, accommodations for 50 crew and technicians, and the ability to launch and recover two smaller hydrographic speedboats and one workboat.

Onboard equipment include multi-beam and single beam echosounders, a sub-bottom profiler, and a side scan sonar.

REMINISCENCES | Staying stable at all times