Written by Baird Maritime on March 13, 2019. Posted in Subsea Surveying. 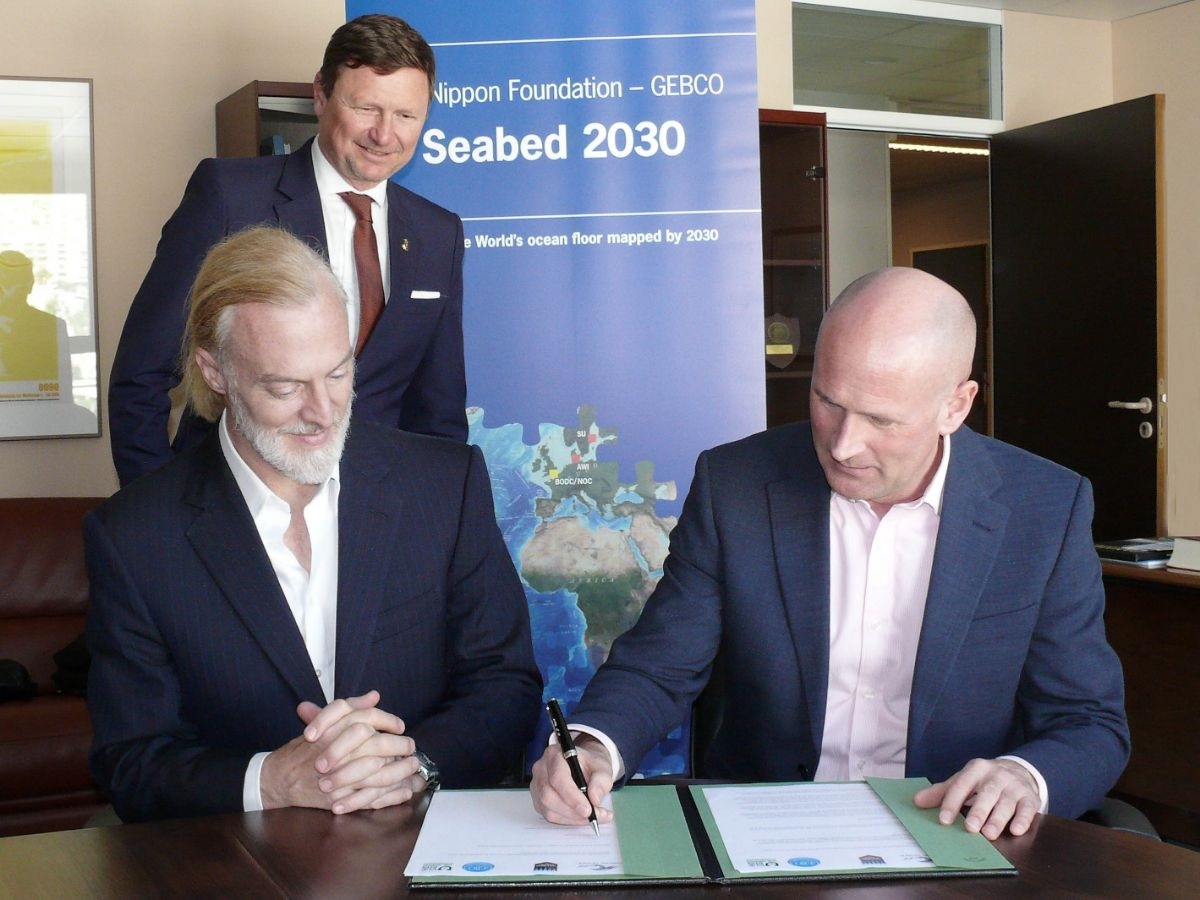 The Nippon Foundation-GEBCO Seabed 2030 Project and the Five Deeps Expedition have formed a partnership with the aim of mapping previously unexplored areas of the seafloor and making the resulting data available for public use.

Seabed 2030 is a collaborative project between the Nippon Foundation and GEBCO that seeks to completely map the world’s oceans by 2030 and to compile all bathymetric data into a freely available ocean map database.

GEBCO is a joint project of the International Hydrographic Organization (IHO) and the Intergovernmental Oceanographic Commission (IOC), and is the only organisation with a mandate to map the entire ocean floor.

The Five Deeps Expedition is the world’s first manned expedition to the deepest point in each of the five oceans.

The memorandum of understanding (MOU) signed by the two parties permits collaboration in order to source and share new maritime data for the benefit of science. In the first instance, the Five Deeps Expedition must produce detailed bathymetric maps of each of the five trenches before each dive to ensure the safety of its operations.

It has been agreed that all of this high-resolution data will be donated to Seabed 2030 for inclusion in the global map of the ocean floor.

In addition to sharing data gathered at trench sites, the Five Deeps Expedition has agreed to leave its sonar systems switched on while in transit in order to provide additional bathymetric data collected between these areas.

In return, Seabed 2030 has agreed to enlist experts to operate the on-board sonar systems to collect the transit data, at no cost to the Five Deeps Expedition.

All data collected and shared with the Seabed 2030 Project will be included in the global grid, the most complete bathymetric dataset of the world’s ocean floor. By the year 2030, this grid will represent a complete map to coincide with the conclusion of the United Nations’ Decade of Ocean Science.