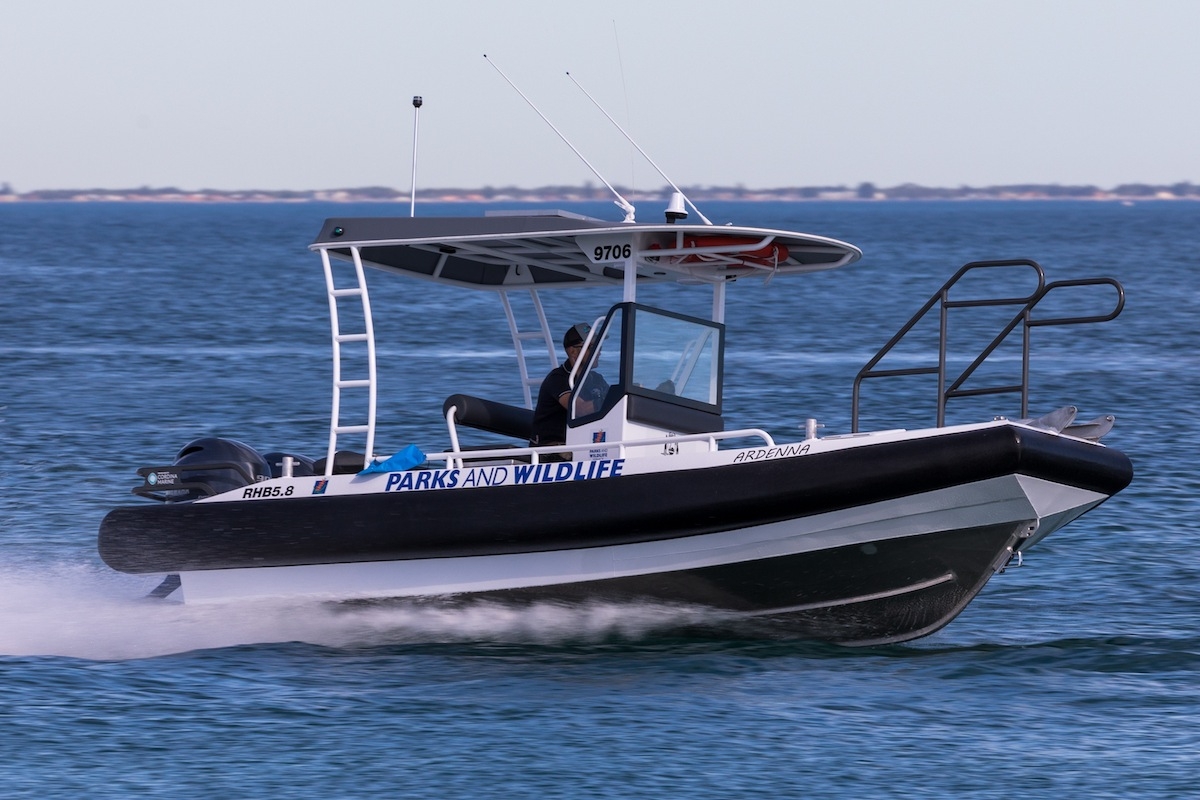 Cordina Marine has delivered a second 5.8-metre RHB for the Western Australian Department of Parks and Wildlife.

Nominally a RHB, Ardenna has solid bolt-on buoyancy. Locally made to measure, it consists of a closed cell foam core with a polyurethane skin.

Ardenna will be based at Barrow Island, both to monitor the turtle population and to work with Woodside in its long-term environmental surveys. It will also be used for diving operations and may be called on for marine safety work including checks on navigation markers.

Both beam and deadrise have increased slightly over the near sister, the former giving useful extra working space. Most activity takes place on the foredeck and, apart from the six scuba tanks in racks at the sides, the area is left clear. Beach landings and approaches to markers are made bow on, and this a bow tailored for the job.

A full review of Ardenna will appear in the July/August issue of Ausmarine magazine.