Written by Baird Maritime on May 29, 2020. Posted in Subsea Surveying. 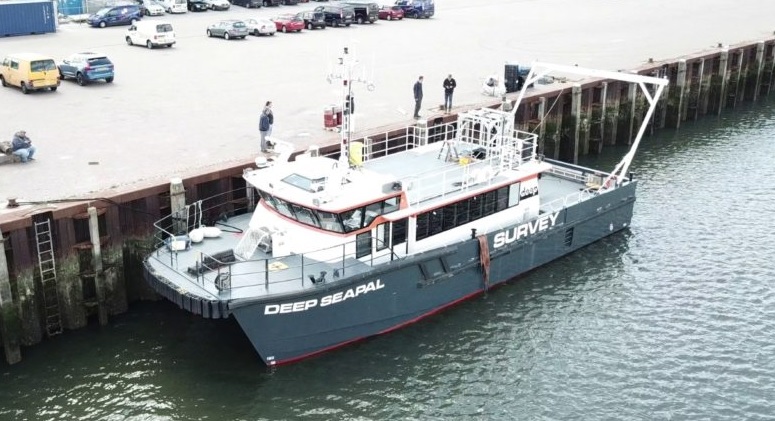 The catamaran vessel, named Deep Seapal, had undergone conversion at Next Generation Shipyards in Lauwersoog before being delivered to its new owners.

The vessel is now fitted with a hull-mounted dual head multi-beam system, full vessel width 1,500-kilogram A-frame for deployment of towed gradiometer wings for unexploded ordnance (UXO) detection surveys, and a large moonpool capable of deploying multiple sensors depending on the type of survey work.

Deep Seapal has already begun working on its first project as part of the Deep fleet.