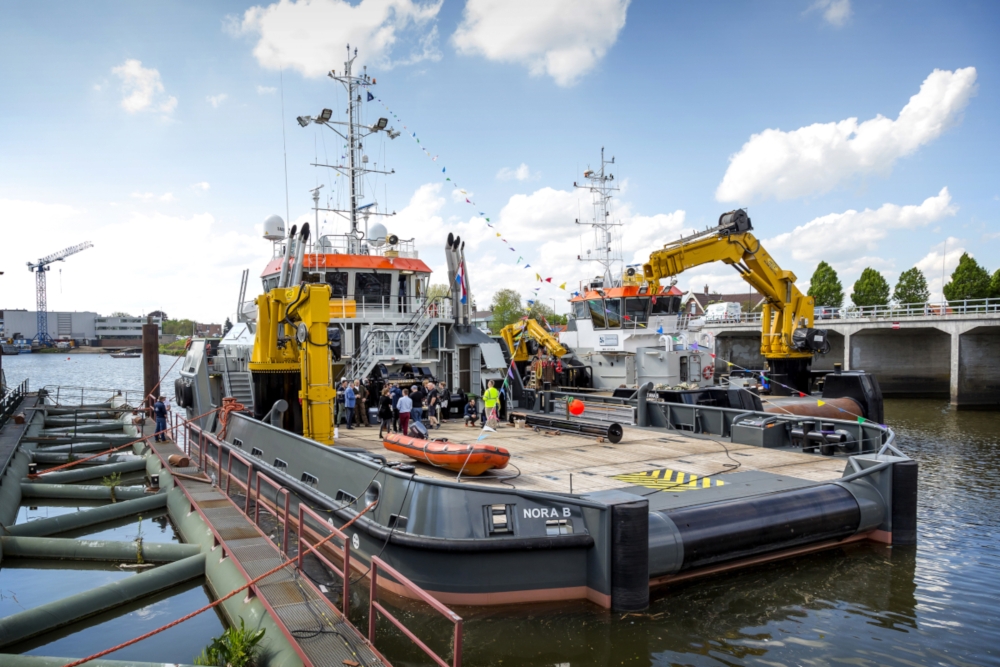 The tug has a diesel-electric hybrid propulsion system, a 250-square-metre aft deck, a moonpool, and a heavy-duty knuckle boom crane.

Nora B may also be used for various other offshore applications such as ROV operations, dive support, geotechnical survey, and cable laying and recovery.