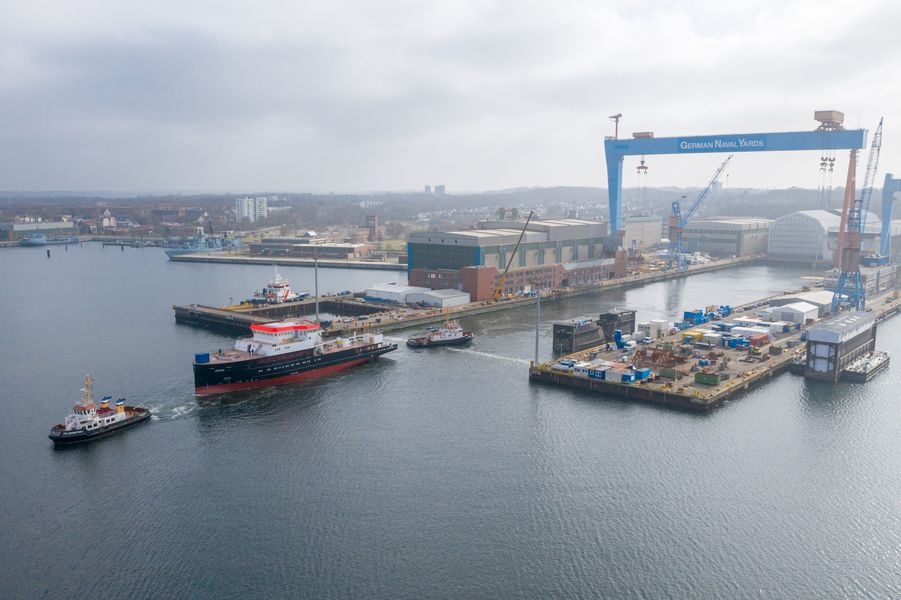 The vessel was built on behalf of the Federal Maritime and Hydrographic Agency.

Fassmer Shipyard is the general contractor while German Naval Yards Kiel carried out construction of the hull and the superstructure and will perform outfitting.

Atair is planned to be used to search for wrecks and to conduct underwater surveying.