Written by Baird Maritime on April 24, 2018. Posted in Subsea Surveying. 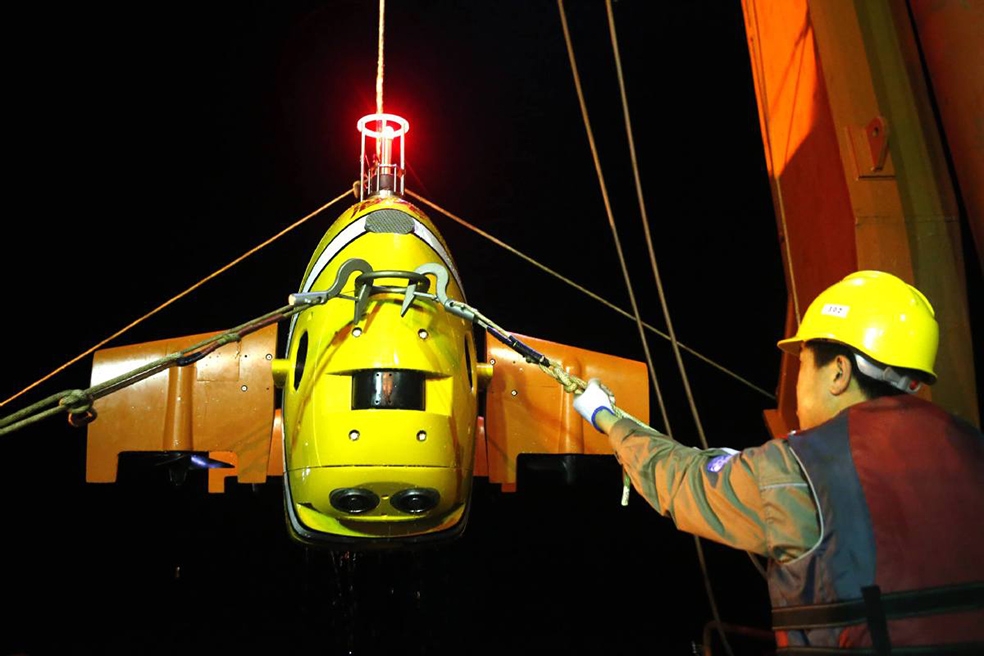 Unmanned Chinese submersible vessel Qianlong 3 has set a national record of 156.8 kilometres for the longest journey under water.

Qianlong 3 began her second dive by plunging 3,850 metres into the South China Sea and was retrieved by crew members aboard the research vessel Dayang Yihao 43 hours later.

The goal was for Qianlong 3 to journey for at least 30 hours at two knots and covere a distance of 60 nautical miles.

Her first dive lasted about nine hours and reached a depth of about 3,900 metres.

The Qianlong series of underwater vehicles was developed by the Chinese Academy of Sciences’ Shenyang Institute of Automation.