Written by Baird Maritime on November 14, 2018. Posted in Subsea Surveying. 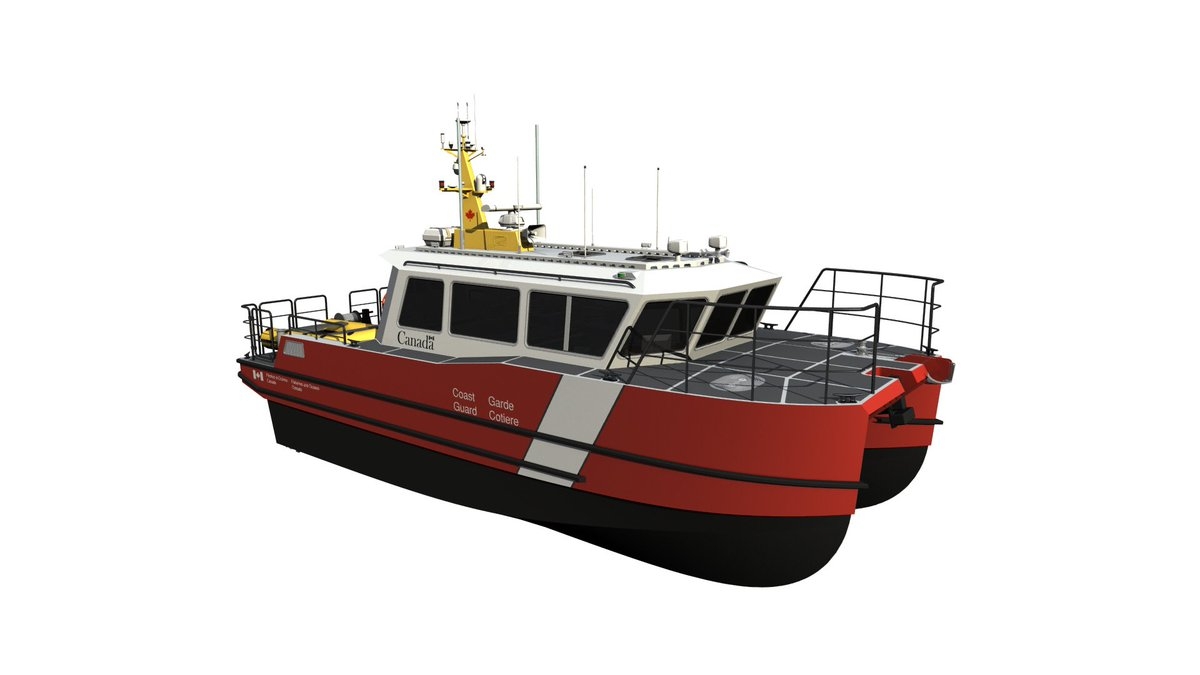 The Government of Canada has accepted two newbuild channel survey and sounding vessels (CSSVs) into the Canadian Coast Guard fleet.

Under the Coast Guard’s ship-naming policy, CCGS Jean Bourdon and CCGS Helen Irene Battle have been named after notable Canadian scientists, hydrographers, and explorers who have made significant contributions in their respective fields. In this case, Jean Bourdon carried out the first hydrographic studies of the St Lawrence River while Helen Irene Battle was an award-winning scientist and the first woman in Canada to earn a PhD in marine biology.

The CSSVs were constructed by Kanter Marine of St Thomas, Ontario, as part of the National Shipbuilding Strategy.

The vessels are a catamaran design of 11.95 metres in length and will have a maximum speed in excess of 20 knots and a crew of four.