Built in compliance to China Classification Society rules, Xin Yao Hua has a deadweight of 80,000 tonnes, an LOA of 255 metres, a moulded beam of 57 metres, and a draught of 10.5 metres when fully laden. Two 9,000kW main diesel engines drive fixed-pitch propellers to deliver a speed of 14.5 knots while six diesel generators supply power for the rest of the onboard systems.

The vessel is also DP2-capable with positioning and manoeuvring aided by four 2,650kW thrusters at the bow and the stern. The DP2 system utilises GPS, radar, and laser assistance to ensure a difference of only 0.05 metres during at-sea positioning. The crew need only input the desired coordinates in the system, and the vessel can maintain station, even under strong wind and wave conditions, without relying on anchors or supporting vessels.

The spacious cargo deck covers nearly the entire length of the vessel, measuring 211.2 metres long and 57 metres wide. Four casings, each measuring 12 by 7.2 by 23 metres, are installed near the stern. The two port side casings can be repositioned further forward along the deck to keep cargo of various sizes in place while the vessel is underway.

The deck has a capacity of 25 tonnes per square metre, allowing it to transport a broad range of project cargo types such as wind turbine generator blades, offshore oil and gas platform topsides, and even large ships and floating structures. As an example, the vessel’s maiden operational voyage saw it transport a 230- by 45-metre floating dock from South Korea to Qatar.

The ballast system consists of four air compressors, two pumps, and 112 ballast tanks that enable the vessel to better control motions and accelerations. The system allows the deck to be submerged by as much as 30.5 metres with the submerging process having an expected duration of around six hours. Once the vessel is fully submerged, the cargo deck lies some 16 metres underwater, and this allows heavy cargo such as unpowered ships to be loaded easily by being floated into place. This then eliminates the need for cranes and other specialised lifting equipment.

The ship also has a comprehensive diagnostics system consisting of more than 9,000 automatic control points placed all throughout the hull, the deck, and the superstructure. This allows the crew to remotely identify even small equipment maintenance issues that need to be addressed immediately before they could lead to more severe problems that will impact on the vessel’s operations.

Accommodations are available for 57 crewmembers and other personnel. 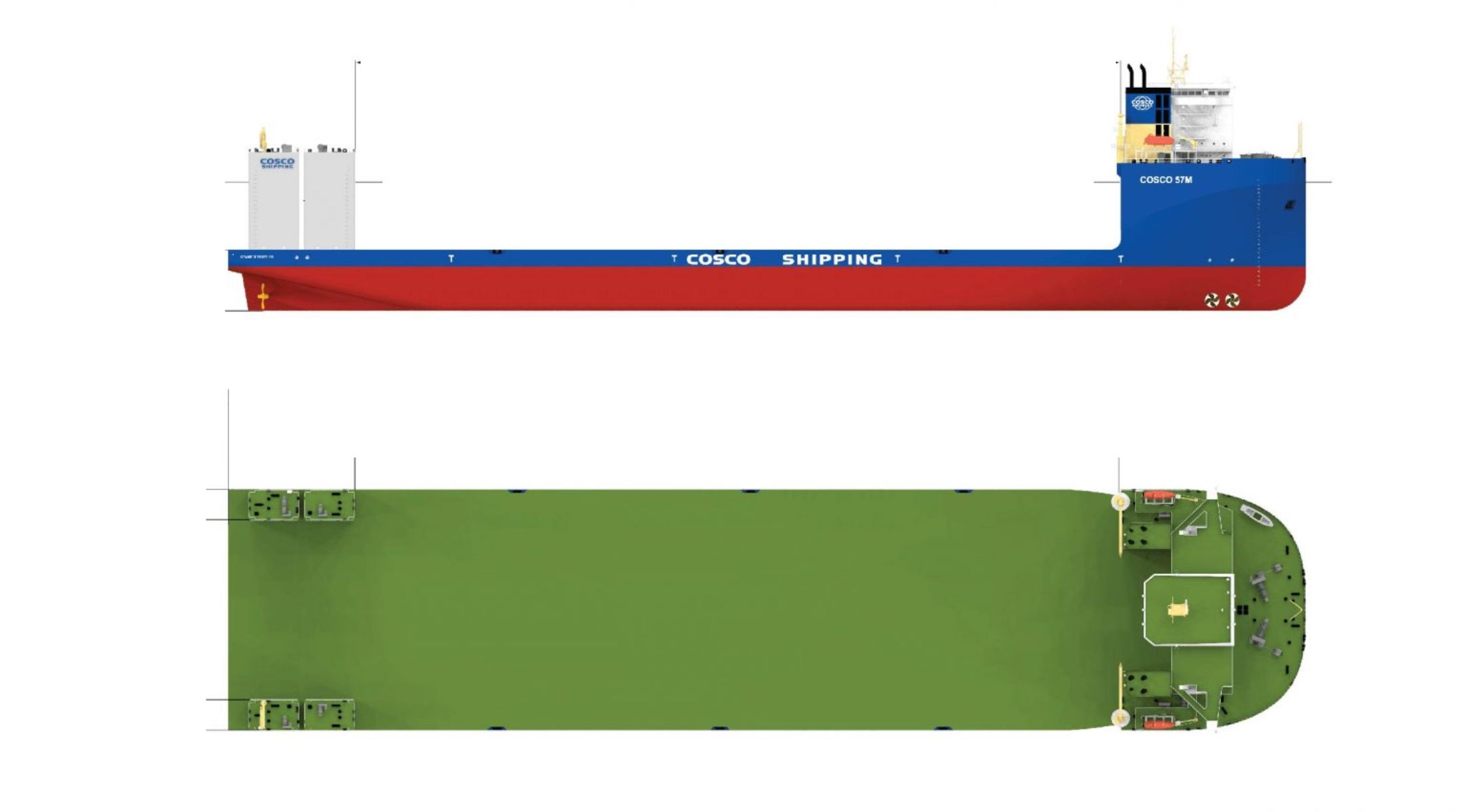