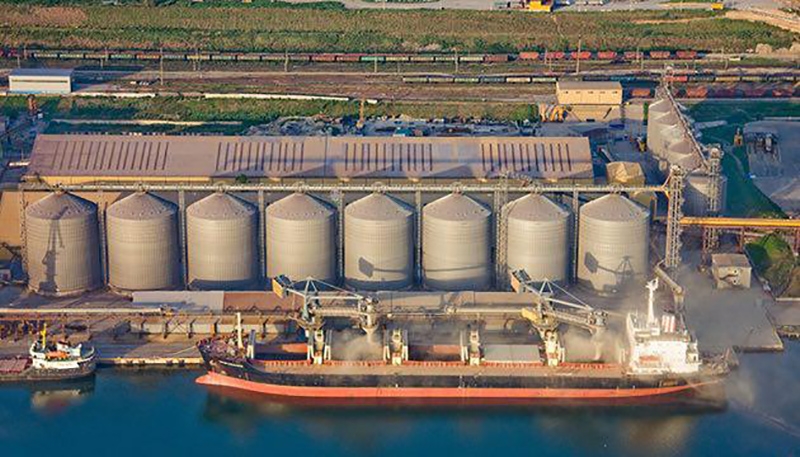 Raivis Veckagans, the head of the Ukrainian Sea Ports Authority (USPA), told delegates to the Grain Ukraine conference on July 7 that the government is supporting the export industry with five marine infrastructure projects.

“Grain is an important part in Ukrainian export and in the formation of national GDP,” said Veckagans. “We can see a serious interest of the major world players in the Ukrainian agricultural market, and our state position is to support these initiatives.

“We can see the efficiency of the approach of Yuzhny branch of the USPA, which has developed and agreed the feasibility study of the port development with the port’s council, which became the basis for creating clear and transparent conditions for cooperation – the investor builds a grain terminal, and the USPA is proceeding to dredging on the basis of the memorandum.

“The first memorandum has been signed between the USPA, M. V. Cargo and Cargill, according to which Cargill undertook to load the terminal for the recoupment of the USPA investments, and the USPA starts increasing the depths at berths No. 23-25 to ensure the functioning of one of the largest grain loading complexes in Ukraine.

“The next memorandum on the creation of a grain cluster in Yuzhny port we will sign with the SCM Group in the near future. It is planned to sign a memorandum with Bunge in Nikolaev port. There will be new projects in Yuzhny and in other ports, based on the feasibility study of the ports for the development of the water area and territories. In particular, there are negotiations with ULF.”

Projects with Kernel and Risoil started in 2017, as well as the reconstruction of berths in Mariupol and Odessa ports for the construction of grain transshipment complexes.

Since the beginning of the year, the volume of grain export through Ukrainian ports has amounted to more than 17 million tonnes, an increase of 19 per cent compared to 2016.