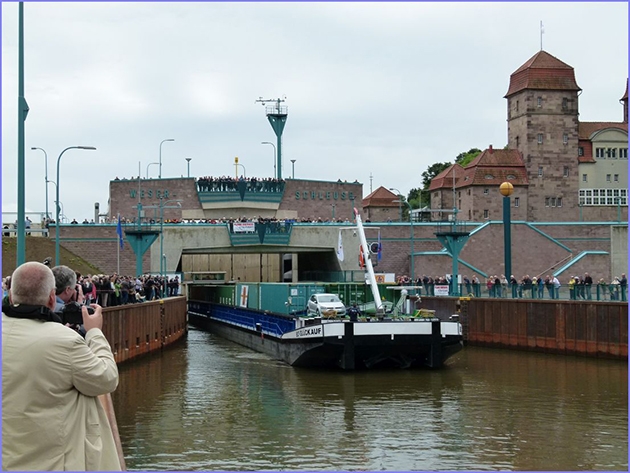 A giant new river lock has been inaugurated on the River Weser near Minden in northern Germany.

Designed to handle modern river and canal motor ships up to 110 metres in length, the new 139 metre-long Weserschleuse Minden is located where the Mittelland Canal crosses the River Weser via an aqueduct.

The 326-kilometre Mittelland Canal is Germany’s principal east-west waterway. It links Berlin in the east with the Rhine in the east, via the Dortmund Ems Canal and the industrial Ruhr.

The lock, which replaces the Schachtschleuse Minden, has taken more than seven years to build.

It has a gate depth of four metres, an average water fall distance of 13.3 metres and measures 23.8 metres from chamber floor to rim.

It is expected to handle 4,000 lock operations a year.