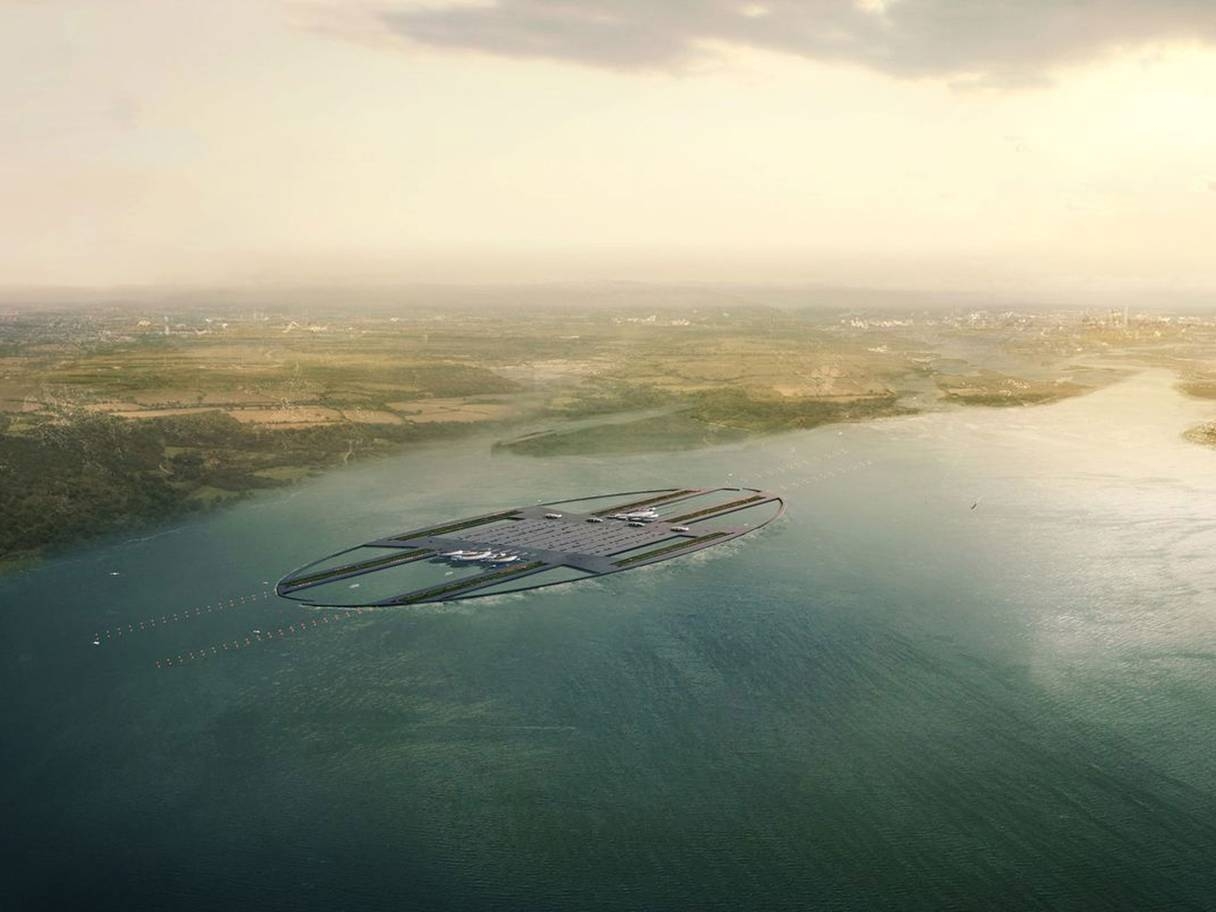 Something that has been popping up in various circles of the maritime world is the news that a number of tanker owners are looking to increase the rate at which they scrap their old vessels in favour of newer ones. The cause of this is going to vary from owner to owner but the result is that with a supposed flurry of tankers about to leave the fleet, are there any options that don’t involve a one-way trip to the scrap yard?

Following on from my column last month where I suggested some possible jobs for out of work OSVs, I present a job for out of work oil tankers that aren’t already scheduled to be converted into super-sized platform decommissioning vessels or FLNG plants.

The British Government has been debating the future of Heathrow Airport and the need for expanded capacity for decades now with each government deciding that the prudent option is to delay making a decision until after they are voted out. Former Mayor of London Boris Johnston proposed creating “Boris Island” in the Thames Estuary, a massive land-reclamation project that, had it gone ahead, would have been one of the largest earthworks program in the UK, possibly since the canal network was created.

A “cheap and nasty” idea for desperate times could be to strap a number of retired tankers together and weld a ridiculous amount of steel plating onto their tops as reinforcement and use that as your new runway.

As ridiculous as the idea may sound, it isn’t that far-fetched with the US military having worked with Kvaerner Maritime in the nineties on what was then known as the Seabase concept for the Mobile Offshore Base. Following the first invasion of Iraq, the US military decided that they may not always have access to large airfields in friendly countries close to a battlefield, especially ones that could handle full size cargo and personnel transport aircraft.

The “solution” was a system of what were essentially floating drill platforms with the drilling equipment removed and a flat, reinforced roof attached. The platforms would be lined up and bolted together to create something long enough for Hercules and C-17 transport aircraft to operate from without needing catapults or arresting wires. One such iteration was for enough modules to create a runway 2,000 metres in length, store 40 million litres of fuel and house more than 3,000 transiting troops.

The US military, after investing quite a bit of time and effort into the idea ended up having it pointed out to them that a single anti-ship missile would probably do quite a bit of damage and that a single large “point of failure” in their logistics chain probably wasn’t a wise idea during a war and so the project was eventually abandoned around the end of the millennium.

Not being suitable for military use does not however mean that the civilian world can’t take advantage of the research dollars already spent. A large anchorage could be constructed in the Thames Estuary (or anywhere in the world that is in dire need of extra airport capacity) and retired tankers could be moored together to form a Seabase of sorts.

A “starter” island of, say, fifty 300-metre-long Suezmax tankers would be suitable for a single runway approximately 2,500 metres long with plenty of space on the side for taxiing and parking. Assuming that the runway is along one edge of the Tanker Island, a second runway could be added onto the other side by bolting on another twenty or so Suezmax vessels.

The hulls themselves have enormous storage areas with extensive plumbing already installed, all of which could be utilised for the storage and transfer of jet fuel for the aircraft up top and for the storage of diesel or other fuels for ferries that are transiting passengers to and from London or towns around the estuary.

The large spaces could also be refitted with baggage and logistics facilities with some vessels dedicated to handling different types of air cargo. The accommodation superstructures could be moved or replaced entirely depending upon what the overall design plan called for, with some being utilised as passenger transit lounges and others being control towers or administration offices.

The vessels would be fitted out at a shipyard elsewhere prior to transiting to the anchorage and being incorporated into the island with decks already reinforced and even runway and taxiway markings already painted on top.

Depending upon where in the estuary such a system was to be located, turbines could be bolted onto the hulls of the vessels below the waterline to turn in the incoming and outgoing tides, providing a source of electricity for the airport. Conceivably the electricity could be used to produce synthetic jet fuel, ready to be piped to the upper decks for fuelling visiting aircraft.

Other cities that could conceivably take advantage of such a system are Shanghai and Singapore. In Shanghai’s case the current airport is a victim of lack of capacity which is leading to plans for new airports quite a bit further away from town than the existing airport. A floating island in the Yangtze could be ideal for domestic flights with quick connections to fast commuter ferries into the centre of town.

Singapore could find the idea of interest thanks to their general lack of land. Seletar Airport on Singapore’s north-east coast hosts a single 1,800 metre runway and represents a sizeable amount of real estate that could be used for better purposes. The country currently maintains two large civilian airfields in addition to numerous military ones, perhaps with a floating one off Sentosa, one of the terrestrial ones could be converted for use by the populace.

Have you got any ideas to help the suffering tanker owners? Feel free to contact me at [email protected]