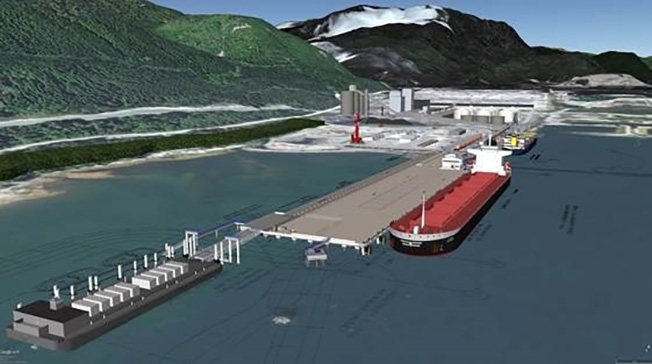 The wharf will replace the existing Rio Tinto Terminal B, which is used for import and export of raw materials and finished products for Rio Tinto’s operations.

The project for the LNG export terminal at Kitimat, British Columbia (about 600 kilometres northwest of Vancouver) is valued at €95 million (US$112 million).

It will take 18 months to complete the wharf, which will include a berth for barges.

Both elements will be built on more than 400 steel piles with a concrete deck of approximately 20,000 cubic metres.