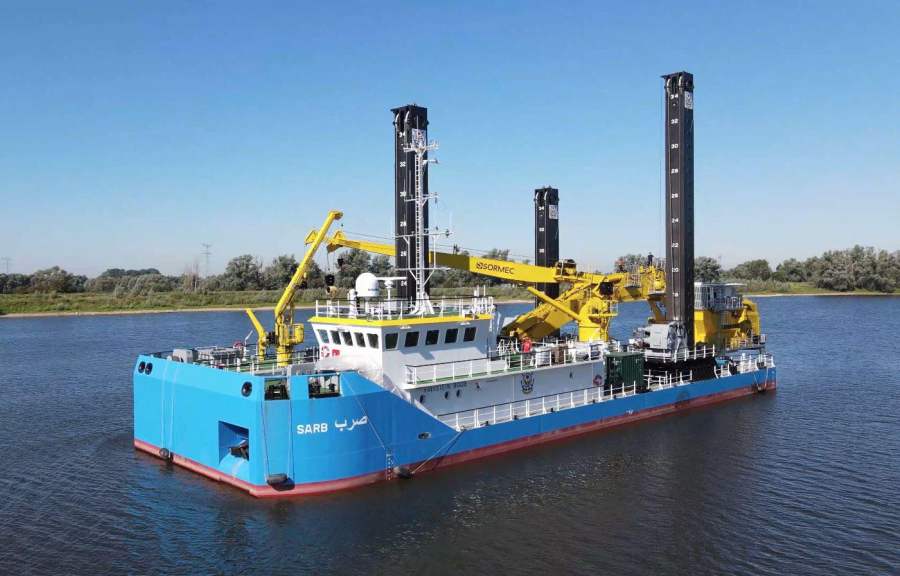 National Marine Dredging Company (NMDC), a marine services provider based in Abu Dhabi, recently took delivery of a new backhoe dredger that was designed and built in the Netherlands.

Ordered by NMDC from Deest-based builder Ravestein in February 2019, SARB has a length of 60 metres, a beam of 18 metres, and a deadweight of 500 tonnes. A draught of 4.5 metres makes the dredger ideal for shallow-water projects while the vessel itself is of a design that has already proven capable of working with all types of soils. Modifications have also been incorporated to enable the dredger to tolerate the extreme temperatures of the Middle East.

The vessel has a rated maximum dredging depth of 25 metres and a bucket capacity of 14 cubic metres. These attributes make it suitable for land reclamation projects that are carried out further offshore. Aiding in its dredging operations are three tilting spud legs, each with a workable length of 34 metres and spud pressure of 300 tonnes, and a hydraulically-operated spud carrier.

A pair of 500kW main diesel engines propel the dredger to speeds of up to six knots while a separate Rolls-Royce MTU 16V4000C13 diesel engine provides 1,750 kW of hydraulic power for the vessel’s Liebherr P995 maritime-optimised excavator. A fuel tank with capacity for 100 tonnes has also been installed.

To assist in manoeuvring, the vessel is equipped with two hydraulically-operated side thrusters supplied by Veth. 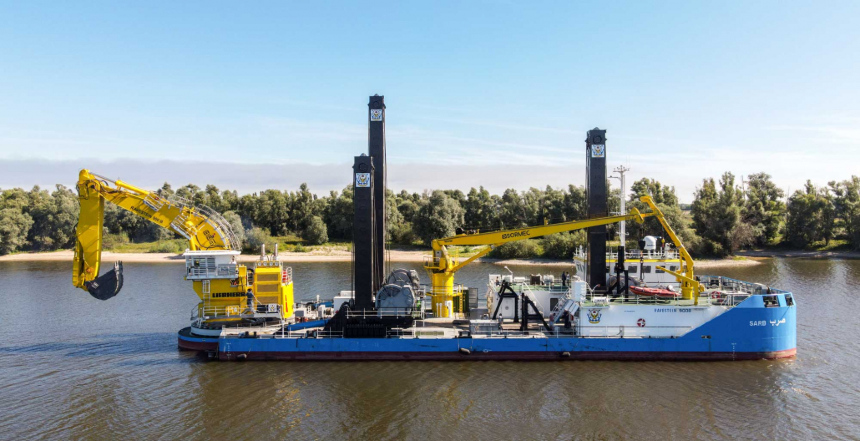 The dredger’s main pieces of deck equipment are two Sormec stiff boom cranes with lifting capacities of five tonnes and 30 tonnes, respectively. There are also two anchor winches, two double-drum mooring winches, and separate winches for the three spud legs. The cargo deck itself can accommodate up to 10 tonnes per square metre.

The dredger’s onboard accommodation spaces for the crew of 10, who will work in shifts, include a pair of two-person crew cabins and a mess room that can seat a maximum of 12 people.

Power for the vessel’s onboard electrical equipment, which also includes a Zenitel ACM telephone system, is provided by a pair of 250kVa diesel generator sets.

Construction on SARB was completed in June 2020. The dredger was delivered by Ravestein to NMDC in Abu Dhabi three months later, and it has since been employed throughout the UAE on a range of projects such as capital and maintenance dredging in ports and harbours, construction of artificial islands, and beach/coastal protection. It is also currently the only backhoe dredger in the NMDC fleet, which also includes cutter suction dredgers, trailing suction hopper dredgers, and amphibious dredgers. 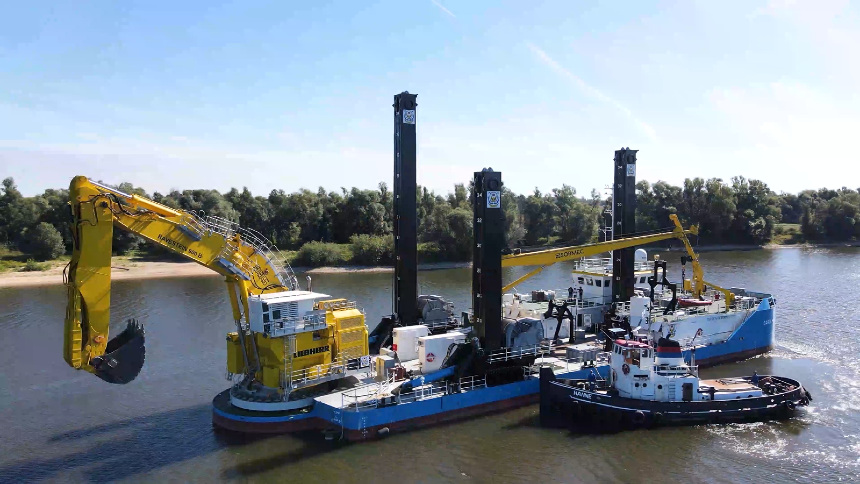