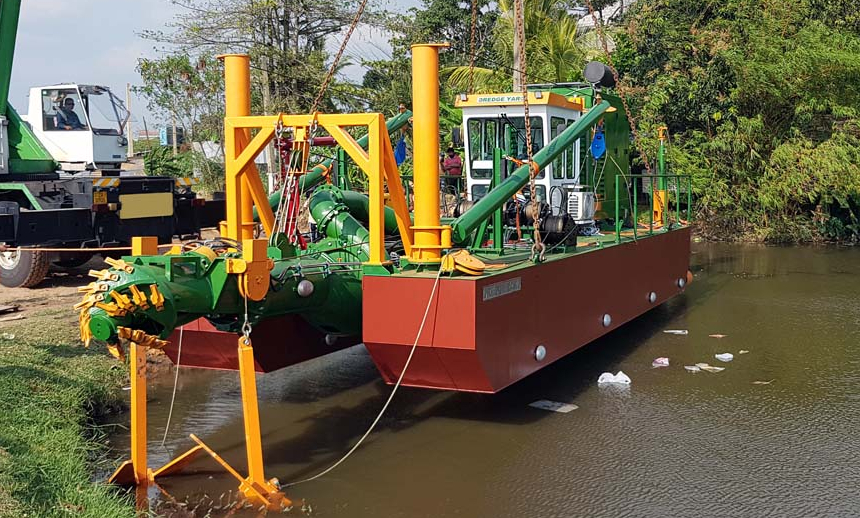 Located in the centre of Sri Lanka’s capital city of Colombo, Biera Lake is a reservoir originally built by Portuguese colonisers in the 1500s to defend the capital from external threats. Centuries later, despite having been significantly reduced from its original size, the 65-hectare, shallow-water lake has nonetheless evolved into a popular venue for a variety of commercial, tourism, and religious activities.

However, as often happens with bodies of water situated near urban areas, Biera Lake had become heavily polluted over the years, its water quality having been adversely affected by such factors as hard detergents discharged from nearby hotels and hospitals and waste water that courses through the countless illegally connected storm drains found throughout the city. The results are algal bloom, fish kills, and an unpleasant odour, all of which are worsened by the higher temperatures and the lower water influx typical of the country’s dry season between December and March.

The Sri Lanka Land Development Corporation (SLLDC), the state-run engineering company that also oversees the maintenance of Biera Lake, subsequently launched a competitive tender with the purpose of acquiring a vessel that could remove the accumulated waste water and other pollutants from the lake to restore the healthy environment within it and in the nearby communities. Further, to aid in the conduct of all future commercial activities in the lake, that same vessel also needed to be capable of improving access and navigation for the boats that regularly sail through the area.

In the fourth quarter of 2019, Rotterdam-based builder Dredge Yard emerged as the winning bidder after the SLLDC determined that the company’s proprietary 310kW cutter suction dredger (CSD) design satisfied all the technical specifications stipulated in the tender.

The dredger has been fitted with additional features that would enable it to fully comply with the SLLDC tender but has otherwise retained its standard dimensions. It has an LOA of 16.4 metres (including the ladder), a beam of four metres, a pontoon height of 1.25 metres, and a design draught of only 78 centimetres, thus making it ideal for operation in Biera Lake whose average water depth is two metres.

One Caterpillar C13 main engine propels the dredger and also provides up to 35 kW of power for the cutter head, which had been developed in-house by Dredge Yard along with the submersible, wear-resistant dredge pump. Dredging can be executed at depths of up to eight metres.

Another notable attribute of the dredger is that its compact design and light weight mean that one truck may be used to transport the entire vessel, including the dredging equipment, from one work site to another should the need arise, thereby reducing the operator’s logistical requirements.

Lastly, the dredger boasts of low CO2 emissions due to its IMO Tier III-compliant engine. This ensures its operation will have a minimal adverse impact on the lake environment.

The dredger, which has already begun cleanup and depth maintenance work at Biera Lake, is being operated by Dredge Yard’s local partner Hovael Holdings on behalf of the SLLDC.