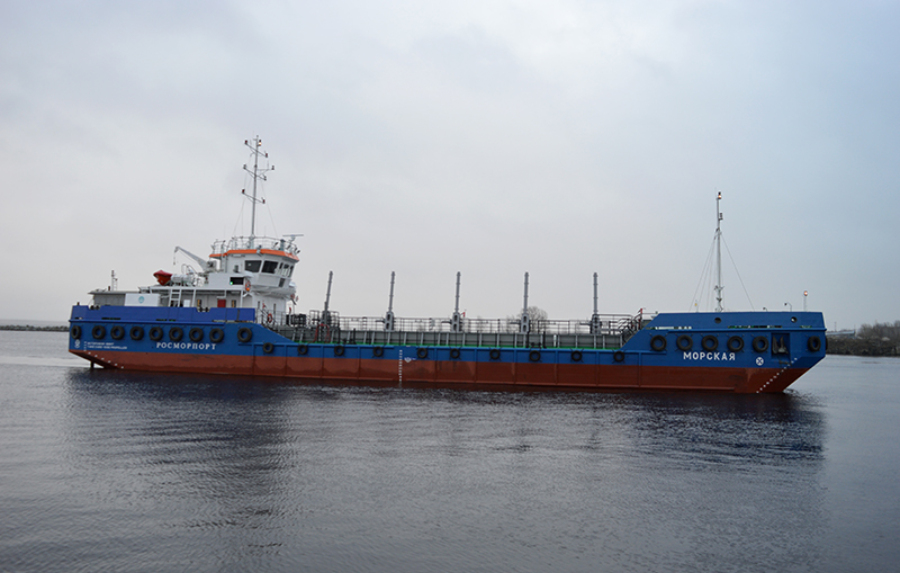 Russian port operator Rosmorport has taken delivery of a new self-propelled hopper barge from Onego Shipyard in Karelia in the country’s northwest.

Named Morskaya (“Marine”), the vessel is the first in a series of two vessels to be built by Onego for the same customer. The newbuilding contract was awarded in October 2018 and construction of the two vessels began later that same month.

The barges were designed by Saint Petersburg-based naval architects Spetssudoproekt and built by Onego in accordance with the requirements of the Ice1 R3-RSN AUT3 Hopper notation of the Russian Maritime Register of Shipping (KM). They are designed primarily for the transport of soil from dredgers to authorised dumping sites.

The vessel has an LOA of 56.1 metres, a moulded beam of 11.2 metres, a depth of four metres, a loadline draught of 3.04 metres, and a displacement of 1,690 tonnes. The barge is of modular design, which Onego has claimed to have helped simplify construction. This allowed the builder to easily insert an additional 300-cubic-metre cargo hold to yield a total cargo capacity of 600 cubic metres without having to incorporate any drastic modifications to the other sections of the hull.

Power is provided by two main diesel engines that each produce 470 kW and are connected to pod-mounted fixed-pitch propellers to deliver a cruising speed of 8.2 knots. A bow thruster has also been installed to aid in manoeuvring. 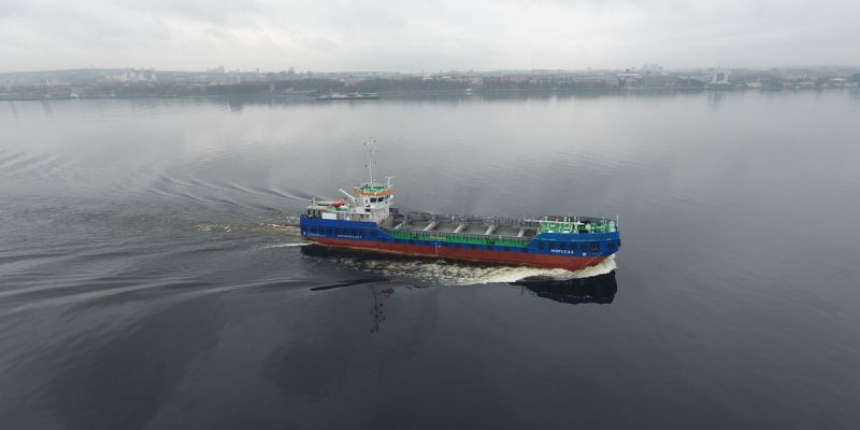 Thanks in part to the barge’s modular design, the engines are placed in a stern compartment on the upper deck, which in turn makes it possible for the operator to effectively carry out inspection, maintenance, repair, and replacement of the engines without having to place the entire vessel in dry dock. Also, the angle of the propellers themselves may be adjusted to enable maintenance on these components to be carried out above water even as the barge remains afloat.

The bridge wings also feature separate sets of secondary controls to allow the crew to easily execute manoeuvres in tight spaces regardless of the orientation of the vessel’s bow.

The barge is designed to be operated by a crew of only three and can stay out at sea for up to five days before requiring resupply and refueling. The onboard systems draw power from four generators of various outputs including one 32kW emergency diesel generator.

Morskaya has already begun operating in support of Rosmorport’s dredging activities at the Azovo-Chernomorsky Basin, which encompasses the Russian Black Sea ports of Anapa, Eysk, Gelendzhik, Kavkaz, Sochi, Taman, Temryuk, Tuapse, and its homeport of Novorossiysk. Smelaya, the second vessel in the same series ordered by Rosmorport, was delivered just weeks later. 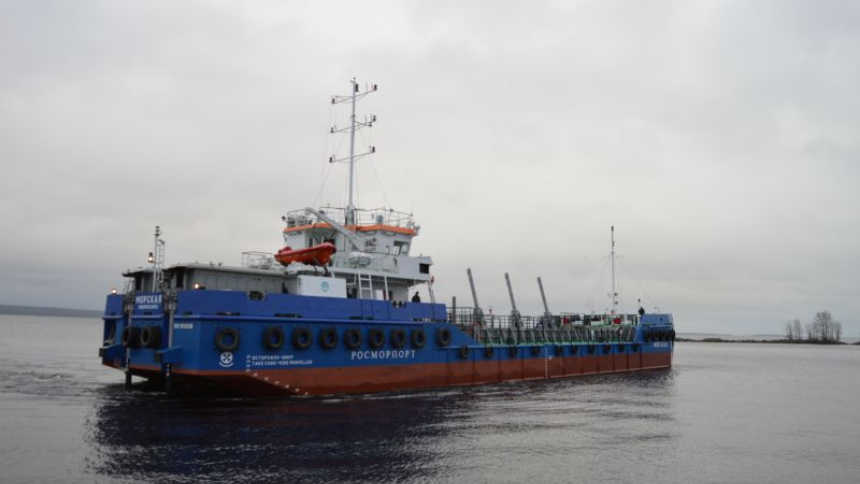