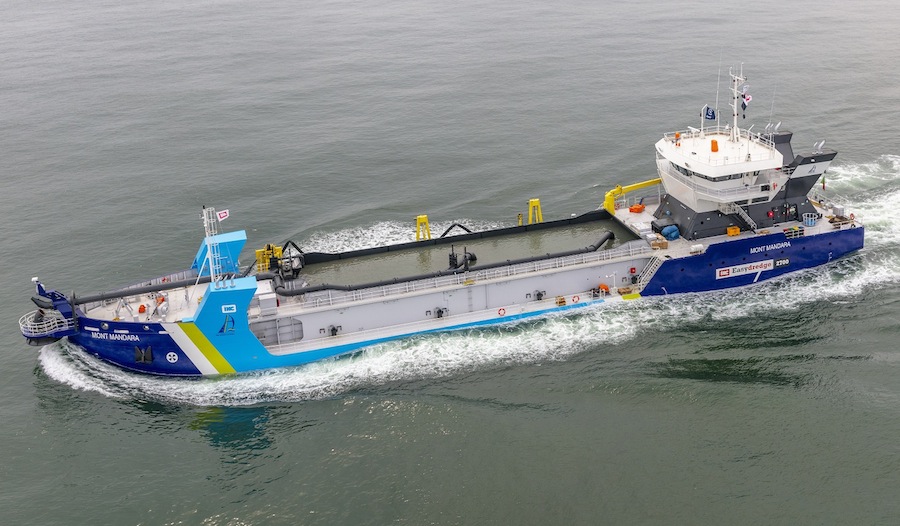 A new trailing suction hopper dredger (TSHD) was recently handed over to the Port Authority of Douala in Cameroon.

The dredger has been christened Mont Mandara after the Mandara mountain range near Cameroon’s border with Nigeria. Designed by Netherlands-based Royal IHC and built in partnership with Neptune Marine, the vessel had been developed in response to the customer’s need for a vessel to be used for annual maintenance dredging at Cameroon’s biggest seaport.

The work that the new vessel will undertake consists mainly of maintaining the depth of the port and the adjacent fairway as well as dumping the dredged material at sea. The necessary production calculations showed that the required hopper dredger would need a capacity of 3,000 cubic metres.

The design chosen for the new vessel was that of Royal IHC’s standard 81- by 15-metre hopper dredger with a draught of 5.5 metres, a deadweight of 4,130 tonnes, and a maximum dredging depth of 25 metres. Two 1,250kW diesel engines drive a pair of fixed-pitch propellers to propel the vessel to a maximum speed of 11.5 knots.

The vessel deviates from the standard 81-metre TSHD design by incorporating key modifications that had been requested by the customer. These included increasing the existing hopper capacity from 2,700 cubic metres to 3,000 cubic metres, installation of special large workshop tools for maintenance purposes, incorporation of an option for degassing to allow more efficient dredging in soils that are heavy in organic material, and adjusting the accommodation layout for the 14-strong crew.

“Since a short delivery time was an important factor for the project, we did out best to incorporate all the customer’s wishes in an existing hull that we had in stock,” Royal IHC told Baird Maritime.

Within the brief delivery window stipulated by the customer, Royal IHC was able to outfit Mont Mandara with a comprehensive array of dredging equipment that would make it highly capable in its intended roles. 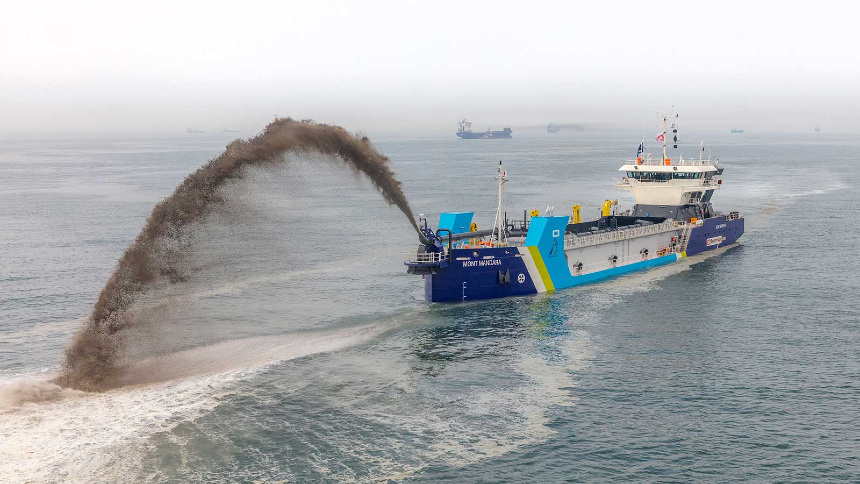 The drag head uses waterjets to help loosen soil while a 700-millimetre suction tube installation comes with hydraulic-operated gantries and winches. The latter also features a swell compensator to ensure that the drag head remains on the bottom of the seabed even in swells.

Also fitted are an 895kW high-efficiency dredge pump made from wear-resistant material and a dredging pipe of sufficient thickness suitable for use in sandy environments. The dredge pump also has a dedicated diesel engine.

The hopper itself has two loading boxes that have been designed in such a way to ensure material loads are maximally distributed throughout the hopper space. 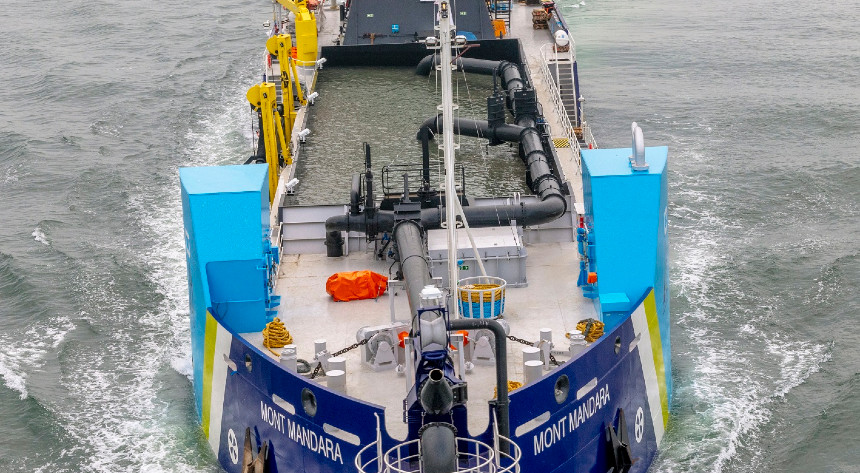 The deck equipment has been set up to be as self-supporting as possible. By means of a crane on the stern, maintenance can be done on the drag head. Furthermore, the engine room hatch can be accessed using the same crane.

On the stern, there is an electric capstan for mooring the dredger as well as hatches for loading and unloading of equipment.

On the foreship are two anchor winches with warping heads for mooring purposes as well as a bow connection winch for pulling in the floating shore pipes to facilitate the discharge of cargo. The bow section also features a separate pump room where all maintenance can be done on the pump by means of an overhead crane.

“For the deck equipment, we opted for high-quality, off-the-shelf items,” Royal IHC said. “This is to guarantee the proper performance of the dredger while keeping costs as low as possible.” 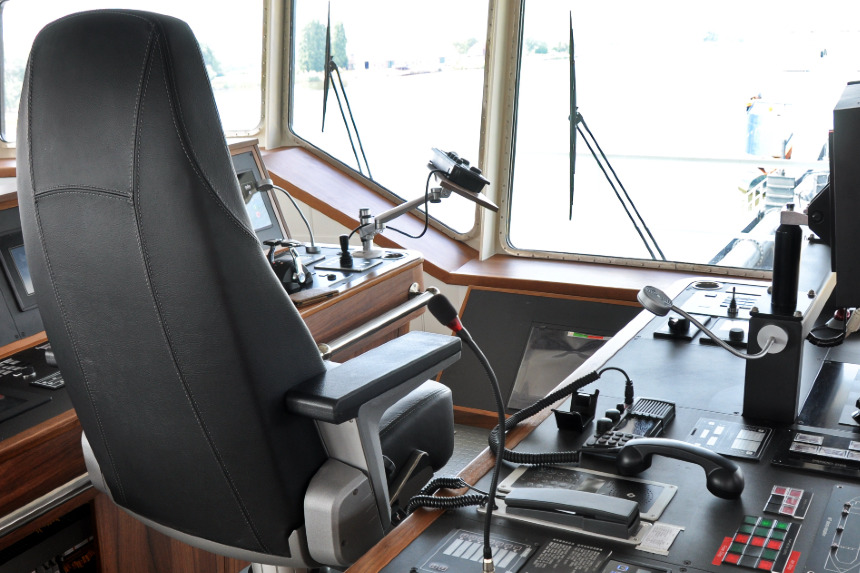 The dredging equipment can be operated with the aid of a control and automation system in which all functions can be accessed via touchscreens in the wheelhouse. Further, for added operational flexibility, the wheelhouse control panel for the suction pipes may be moved, enabling it to be placed either next to the dredging operator’s station or adjacent to the helm station. Thanks to this feature, it is possible for only one crewmember to manoeuvre the vessel and carry out dredging operations simultaneously.