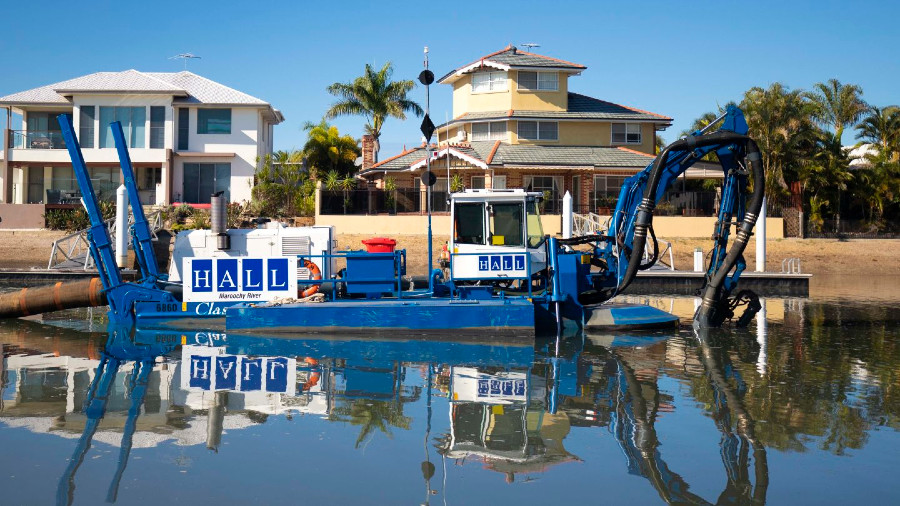 The dredger has been christened Maroochy River after the river in South East Queensland. The new dredger is a sister to Mooloolah River, which was delivered to Hall Contracting earlier this year. Although not the first dredgers in the owner’s 11-strong fleet, the two sisters are the only vessels in that same fleet that are capable of operating both on land and in water.

The new dredger has a length of 11 metres (without boom), a beam of 3.3 metres, a height of 3.15 metres, and a displacement of 19.5 tonnes. It has been fitted with a Caterpillar C7.1 205kW turbocharged six-cylinder diesel engine with both air and water cooling, a submersible cutter pump, and a suction pipe with a diameter of 250 millimetres. Dredging can be done anywhere from dry ground to a depth of six metres while two front stabilisers and two rear tilting stabilisers keep the vessel firmly in place.

The hull is made from a single piece and has seven watertight compartments, protective skid bars on the bottom, and corrosion-resistant paint. This ensures the dredger’s durability as it takes on a broad array of projects, including those that could not be performed by vessels of greater size and draught.

The operator sits in a cabin that provides excellent all-round visibility in addition to being FOPS-certified. The cabin is also spacious enough to accommodate an additional seat for an instructor.

The nature of the dredger means reduced logistical requirements associated with assembly, disassembly, and deployment to work sites. It can be transported as a complete unit via trailer and it can launch itself into the water, thereby eliminating the need for assistance from cranes or tugs. It is also possible to operate the dredger without winches, wire cables, or assisting vessels since it is self-propelled.

Thanks to a selection of easily interchangeable attachments, Maroochy River is capable of handling tasks that are normally relegated to multiple specialised machines, thus further reducing costs.

The mobility and the compact design also make the vessel suitable for a wide range of shallow-water dredging projects in confined locations that would normally be inaccessible. These projects include: deepening and restoration of shallow waterways and shores; installing piles; cleaning urban canals, rivers, and mine tailings ponds; clearing rubbish and invasive vegetation; and undertaking flood mitigation works in both inland and coastal areas.

Besides being used for dredging, Maroochy River may also be utilised in civil engineering projects such as maintenance work, excavating, and bottom embedding of cables and pipes.

The cutter pump also includes two cutter crowns for dealing with different kinds of soils as well as an integrated knife system used for cutting vegetation. Maximum pumping distance is rated at 1.5 kilometres.

Shortly following its delivery in mid-2020, Maroochy River was put to work on a number of projects. One recent project saw the newbuild being used to dredge an estimated 33,000 cubic metres of silt in the Moreton Bay suburb of Newport to facilitate safe passage for boats in the area’s canals and entrance channel. 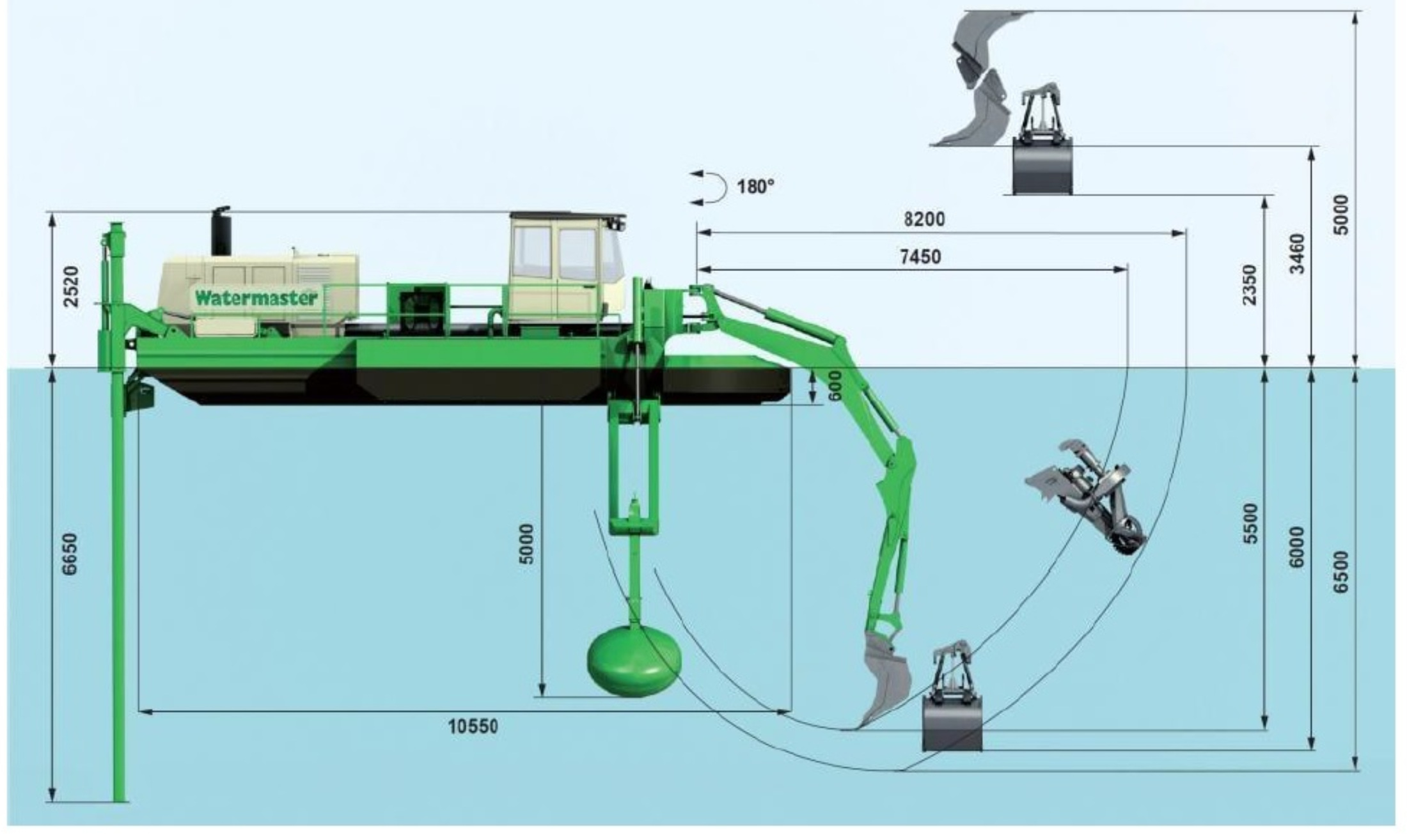