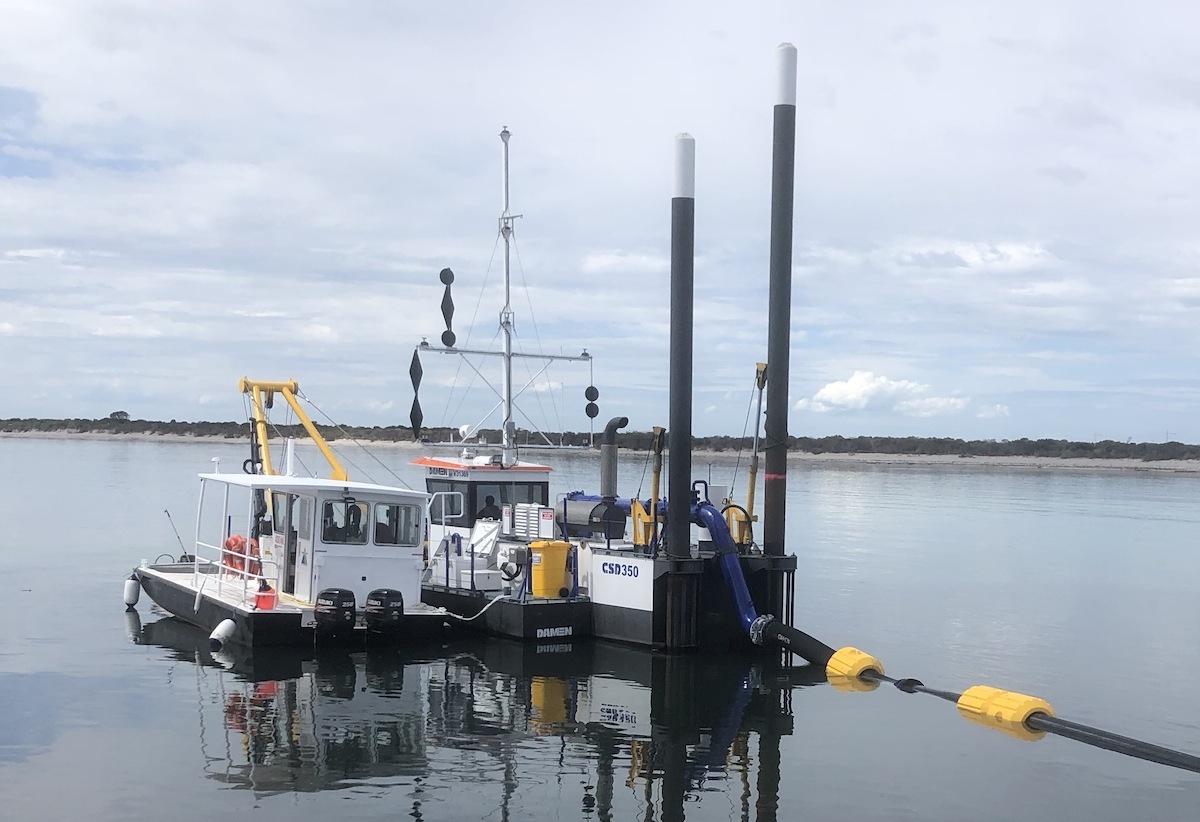 A significant amount of sand had accumulated on the western side of the marina breakwater since the opening of Cape Jaffa Anchorage in South Australia in 2008.

The sand readily mobilises, blocking the channel. Previously the majority of the work was done by mechanical means (excavators and dozers), with help from the Kingston District council’s dredger, built by volunteers around 1990. Work done had been enough to reopen the marina, but with very little done to prevent future blockages.

The decision was made, after engineering reports and project studies, that the council needed to implement a more permanent solution to prevent channel blockage. A cutter suction dredger was identified as the most cost effective, environmentally sound option, with the least impact on residents and infrastructure.

The council required a dredger that could effectively handle the quantity of sand that was tasked to remove, as well as minimum production rates and pumping distance of spoil, and the ability to work safely and efficiently in open water, exposed to southerly swell and wind chop.

Originally a smaller model was recommended, however as the council refined its requirements, it realised a 26-metre Damen model with 350mm diameter pipe was more suitable, particularly with the open water area of operation.

The council’s existing dredger, after nearly 30 years of service, was not going to be suitable for the required effort. 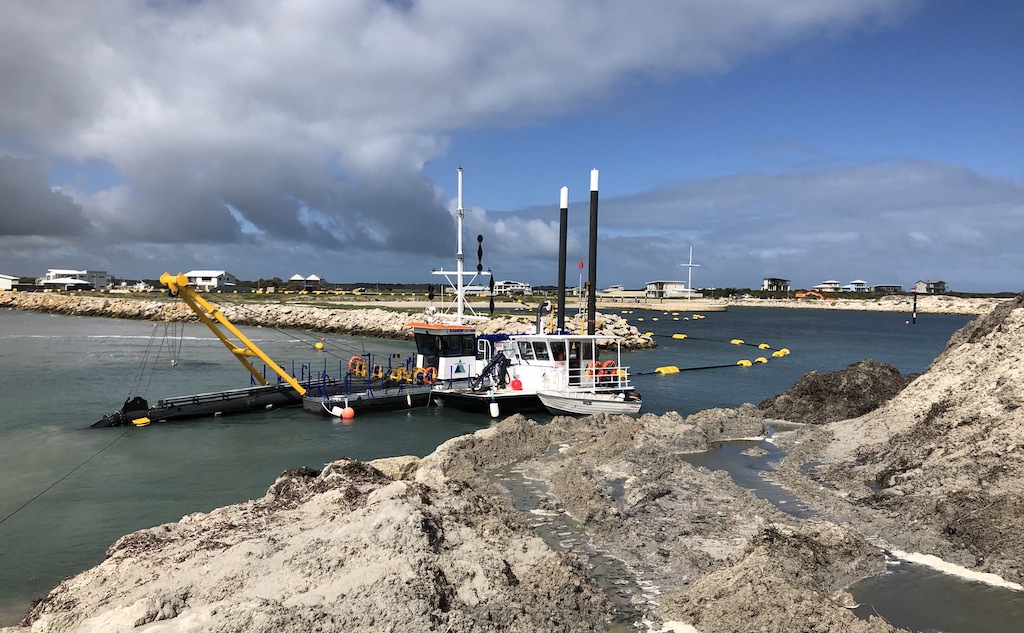 After being used to regain safe passage through the navigable channel of the Cape Jaffa Anchorage development, the dredger will now be used on the western side to dredge 100,000 cubic metres in the first year, from the sand deposit, to recreate a “buffer zone” for the natural movement of sand to be captured before it proceeds around the breakwater and begins blocking the channel again. It is programmed to move a further 100,000 cubic metres in the second year.

There is also a requirement to dredge the Maria Creek facility in the Kingston township, which is solely a recreational facility, and is very important to the town economy.

Kingston council also plans to support other councils in the region with their marine infrastructure issues. Based on the dredger’s maintenance schedule, the council expects 25 years plus of service.

The purchase of the dredger was handled via an international tender process facilitated by LGA Procurement. One of the considerations of the tender panel was lead-time on delivery.

Damen luckily had one of the required model dredgers already built and ready to ship, with the main modifications being those required for AMSA survey, including navigation lighting, emergency battery and secondary bilge pump. 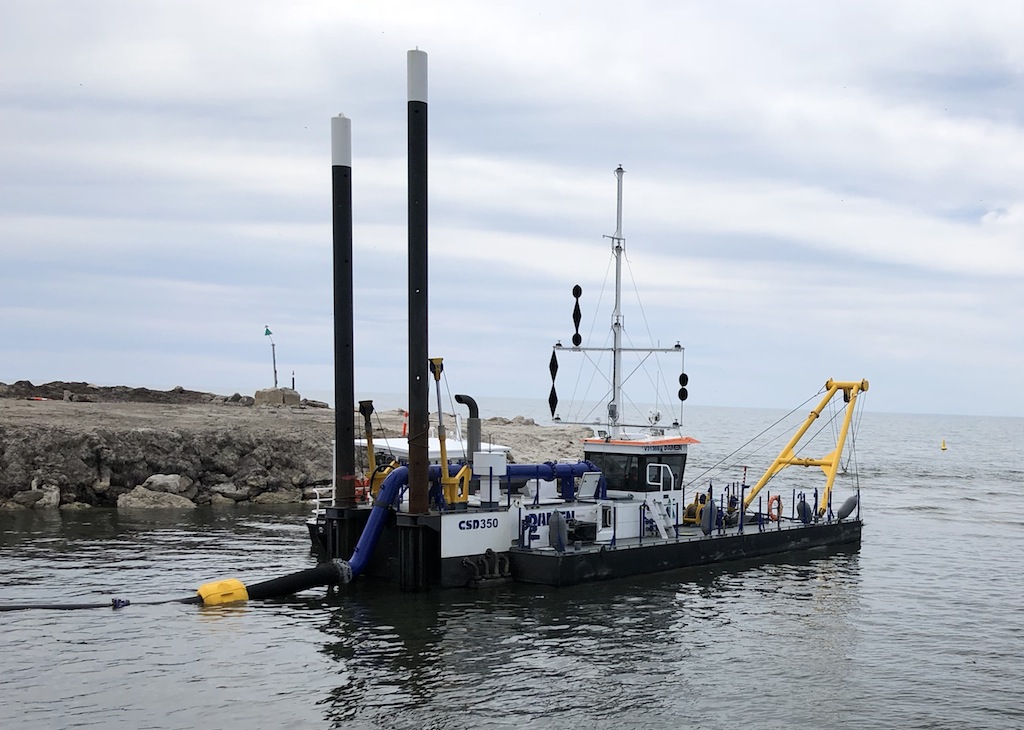 The dredger was supplied with the standard deck equipment. Anchor booms and deck crane were considered as options, however with the majority of expected operations in close proximity to breakwaters, giving easy anchoring, the council decided the booms would not be utilised to their full potential.

When the dredger order was placed, the council was expecting to go operational in 90 per cent sand and 10 per cent seaweed. Unfortunately, due to some severe weather events before beginning dredging, the mix was closer to 50/50, with a lot of fresh green weed washing in.

The local wire weed is extremely tough, not readily breaking up, and binding up with kelp and seagrass, creating blockages.

In previous dredging campaigns in both Kingston and Cape Jaffa, the council had been able to delay dredging until the weed was suitably decomposed, becoming dredgeable. This year it didn’t have the luxury of waiting, having to get the channel open for the professional fleet to relocate to alternate ports.

After some changes in operation, and some modifications to the dredger, the council said it has been able to continue dredging, albeit with a slightly diminished efficiency – it now has a CSD that can handle green weed. 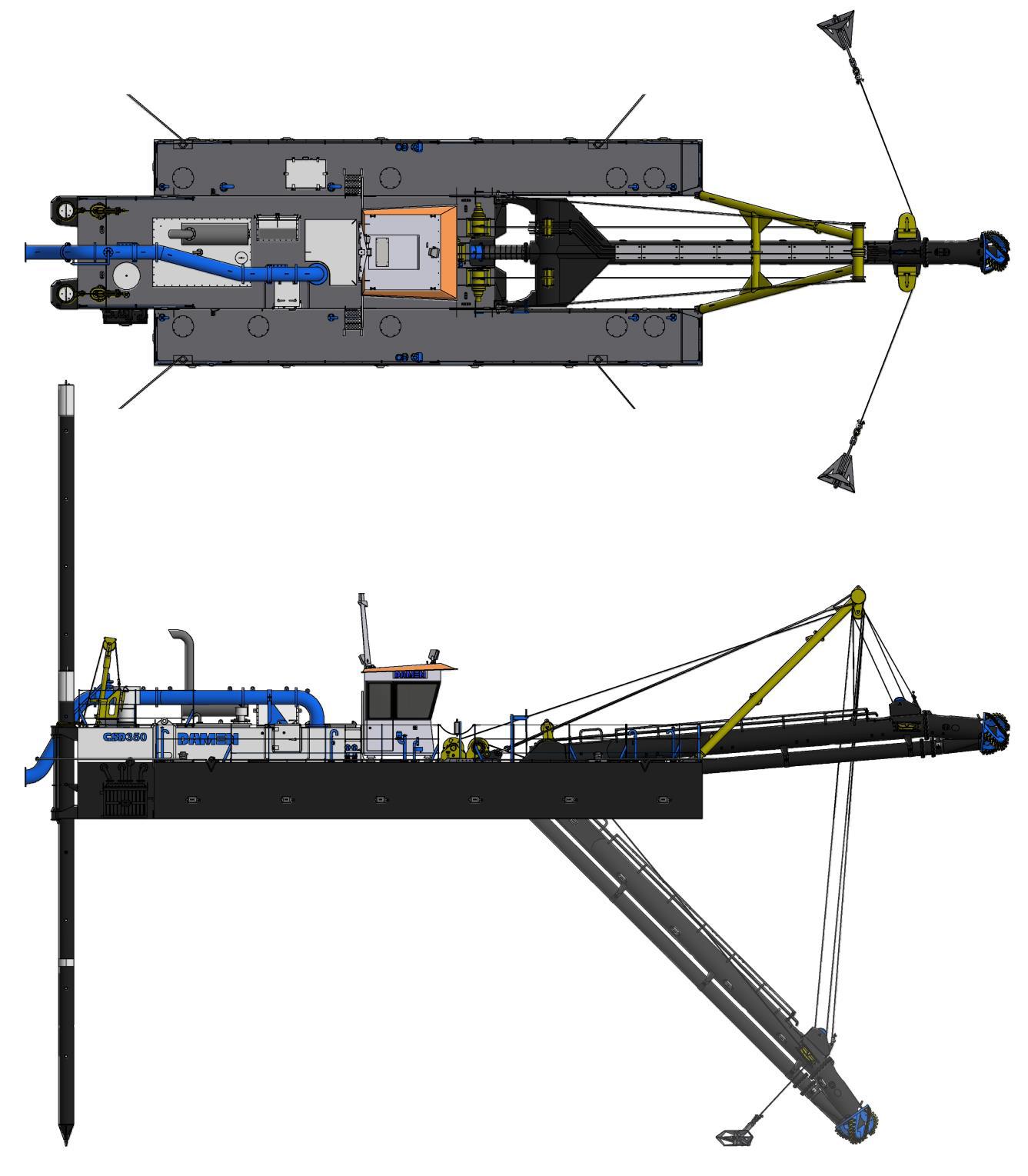