Named Estoril, the newbuild will be used primarily for maintenance dredging at the Port of Beira, which has long suffered from mud buildup on the quay walls due to inflows from the adjacent Buzi and Pungwa rivers. The sedimentation therefore requires continuous maintenance dredging of the port’s 12 berths, which are used by both large commercial ships and smaller fishing boats.

Estoril has a length of 16.2 metres, a beam of 1.8 metres, a draught of 1.3 metres, a displacement of 34 tonnes, and a total installed power of 156 kW that will allow it to dredge at depths of as much as 50 metres. Damen said the modular dredger is self-propelled and has a limited draught to enable it to reach all corners of the harbour. A tank with capacity for five cubic metres supplies fuel oil for both propulsion and dredging operations.

The dredger is capable of removing sediment at a rate of 800 cubic metres per hour with the aid of a submersible pump fitted with a jet water-assisted suction head for taking on high mixture concentrations. Transport company the LBH Group said the dredger will be able to perform maintenance dredging at a single berth at a time, without the need for the berths to all be vacated for a period, as was the case before. This then allows other operations at Mozambique’s second largest port to proceed uninterrupted even as dredging is underway, thereby ensuring the continued flow of vessel traffic.

Operation is done by only one crewmember from a control cabin with an ergonomic layout for enhanced efficiency. The instrumentation includes a dredging depth indicator, a pump pressure indicator, and a pump RPM indicator. The deck machinery meanwhile consists of a hoisting winch and three manoeuvring winches.

Thanks to its modular construction, the dredger can be dismounted and easily transported by truck, even to remote locations. Additionally, reassembly can be done swiftly due to the limited unit weight.

Christopher Huvers, Regional Director Africa at Damen Shipyards, said that Estoril will also be put to use to dredge other rivers throughout Mozambique. 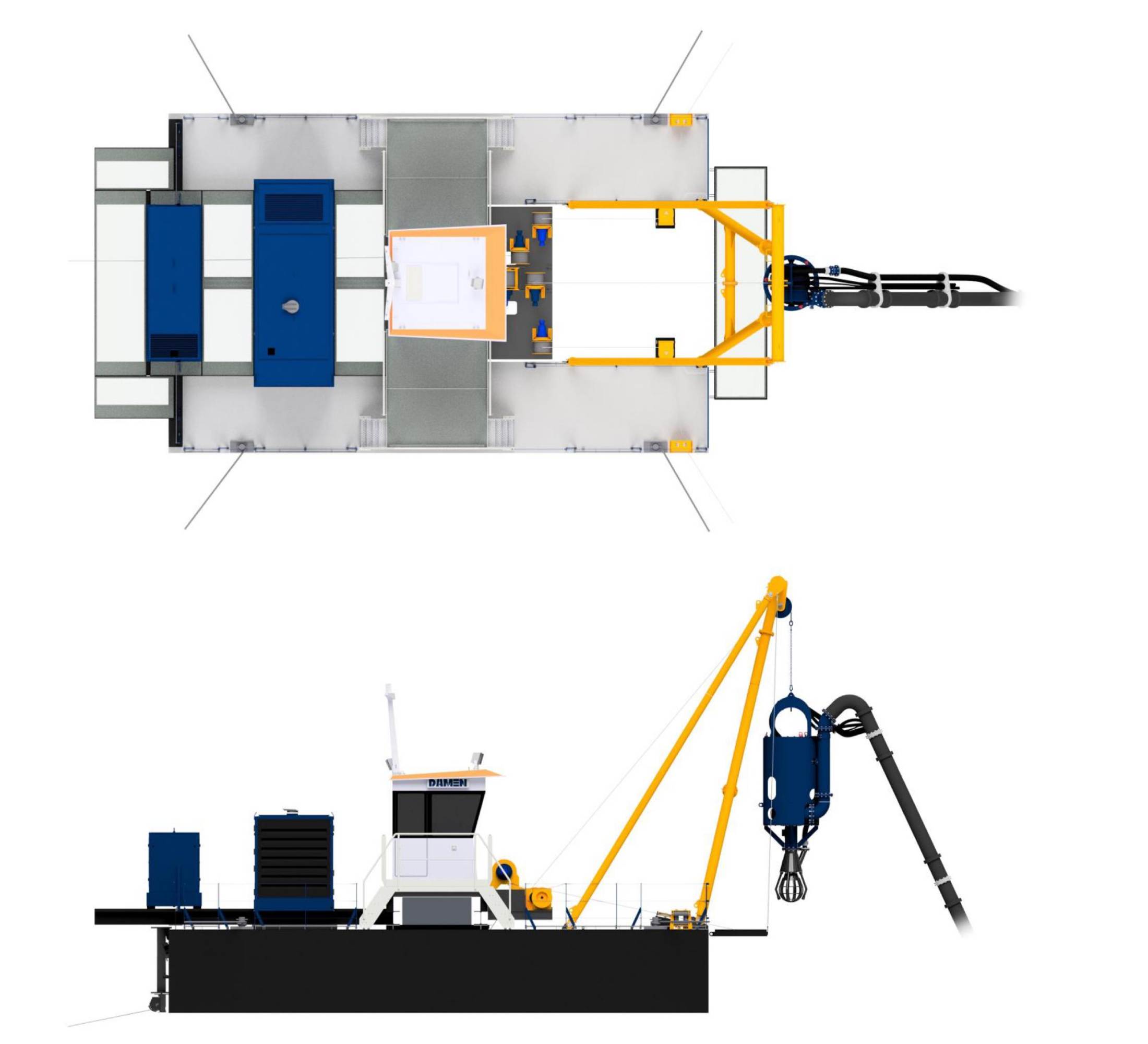