The Bureau Veritas-classed Ask R and Embla R, which are named after the first two humans ever created according to Norse mythology, each have an LOA of 85.4 metres, a beam of 17.4 metres, a maximum draught of five metres, and a hopper capacity of 2,700 cubic metres. A DP2 system is also installed on each dredger, while the innovative design allows operations on an even keel with the draught restricted to just 3.8 metres, guaranteeing suitability for a broad range of projects in inland and nearshore waters.

With an innovative extension dredge pipe, with heavy gantries and a submerged pump, it is possible to dredge down to well below 50 metres. The load on each dredger can be discharged quickly by splitting, which the owner says is one of the fastest means of discharging material regardless of soil conditions.

Alternatively, the hopper load can be discharged into a trench through the suction pipe, over the bow as rainbowing approximately 100 metres or through the bow connection to a pipeline of approximately 2.5 kilometres.

Each dredger also has a diesel-electric propulsion system that includes three 2,350kW main dual-fuel engines, a 600kW battery pack, and a Siemens energy dispersion system. The installation of this system, a DP2 system, and other efficiency-enhancing features on the TSHDs is in line with Rohde Nielsen’s aim of maximising vessel utilisation to reduce overall environmental impact.

A maximum speed of 12 knots can be achieved. A 315kW bow thruster is to be used to provide added manoeuvrability and to operate in conjunction with the DP2 system.

Power from the batteries ensures emission-free stays while in port. The trio of diesel generators are designed to run on their most economical speed, and they will automatically be turned on and off depending on the power needed. Other emissions-reducing features include LED lighting, diesel particulate filters, and selective catalytic reduction systems designed to ensure compliance with EU Stage V regulations.

The dredgers both feature high levels of automation to allow just one crewmember to perform all vessel operations from a control station on the bridge. The bridge also provides a full 360 degrees of visibility, thus enabling the same crewmember to operate the three heavy duty cranes and other equipment on the deck.

Ask R and Embla R are now fully operational with the Rohde Nielsen fleet and are being made available for serving the company’s customers. 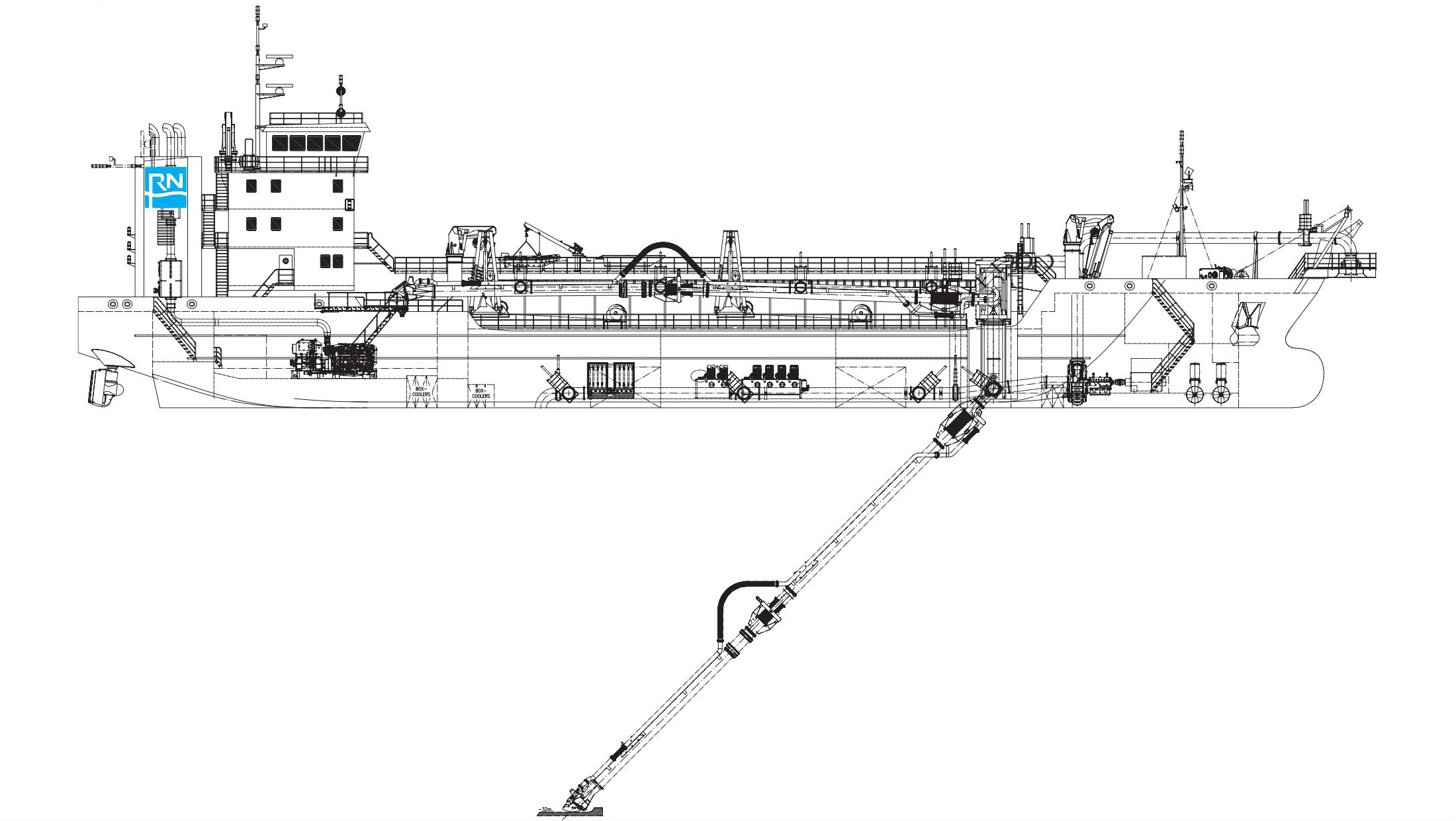