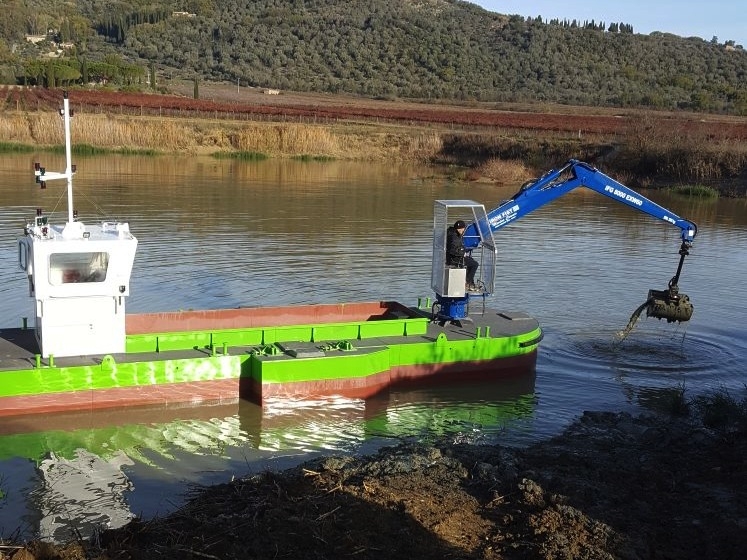 A compact-dredger for inland navigation support activities has recently been delivered by Agromare Shipyard.

The boat, 12.5 metres in length and 3.5 metres in beam, can easily be loaded onto a 16-metre trailer and moved by road. In terms of size and capacity, it is a unique means of operating in artificial lakes, small- to medium-sized inland water bodies and along rivers. 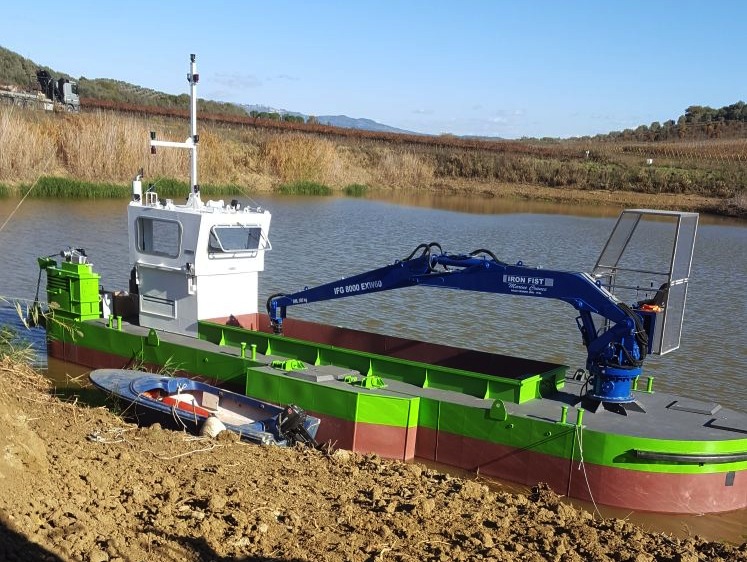 At the heart of its operational flexibility is the Hydropack Naval propulsion system by AS Labruna, an integrated system with a hydrostatic transmission driving the propulsion of the unit, the electricity production and powering any possible accessories. 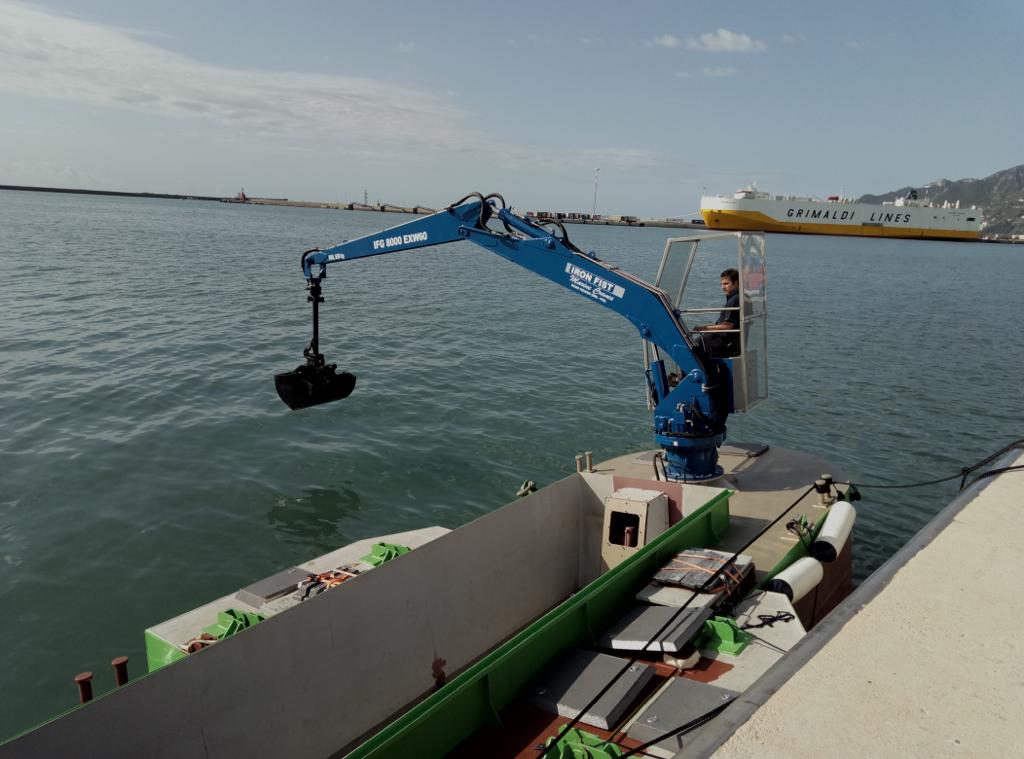 “The characteristics of Hydropack,” explained Massimo Labruna, “perfectly meet the needs of multi-service boats that have to coordinate several hydraulic devices on board in a linear manner. The engine runs at constant rpm on three-four speeds, guaranteeing reduced consumption and customised controls. In the case of the dredger, for example, the acceleration ramps have a more sensitive stroke in the first part, and less when it starts loading material.” 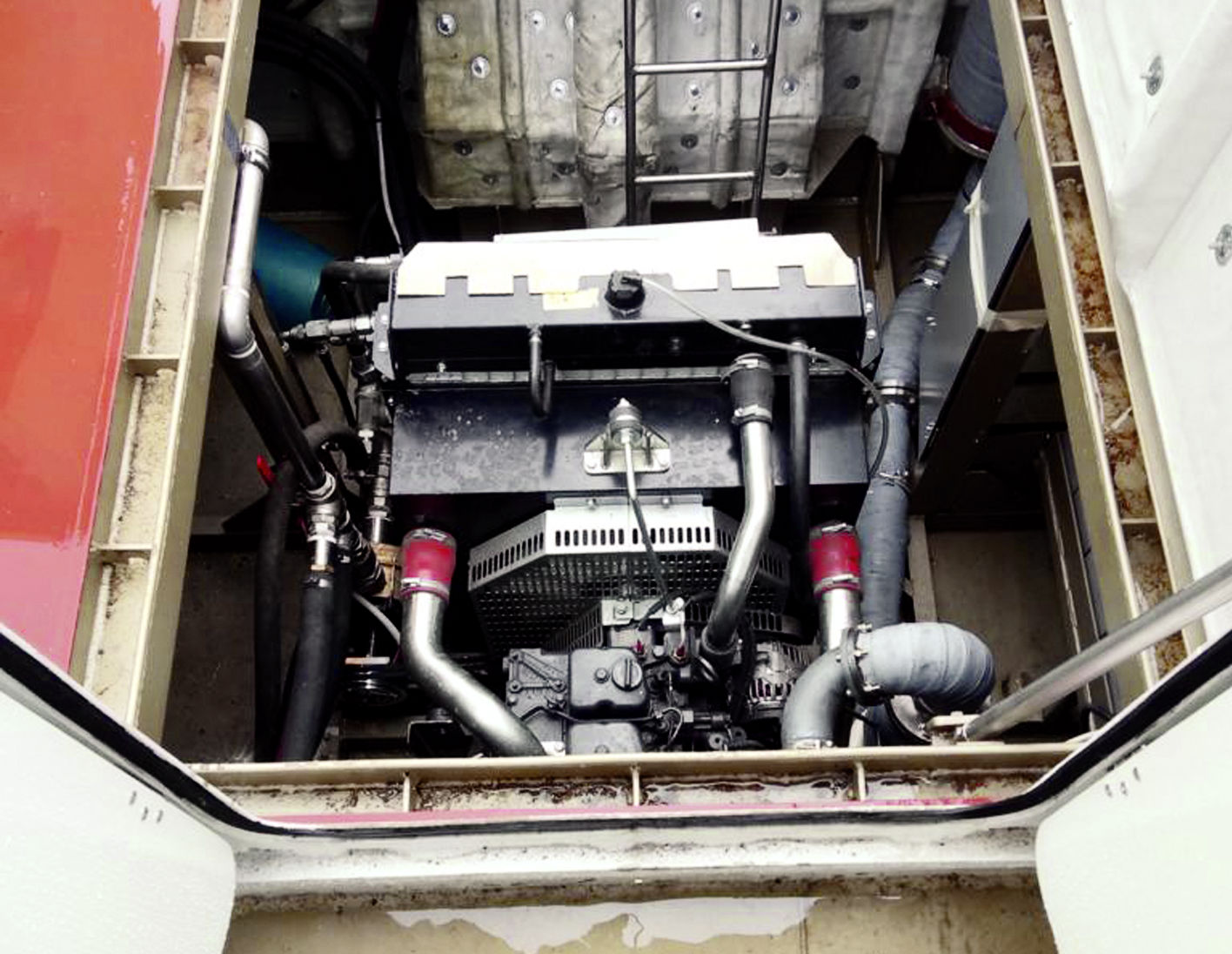 Powered by an FPT Industrial N45 TM2A main engine, the unit can count on four speeds:

Other features include forward/reverse gear thrust (by varying the displacement of the pumps), electronic adjustment of loads and absorption, and a sensor system for performance monitoring purposes. Extremely advantageous in terms of space and fuel saving, the POD system guarantees better manoeuvrability even at slow speeds such as during docking operations, and it reduces the stop distance in emergency situations. 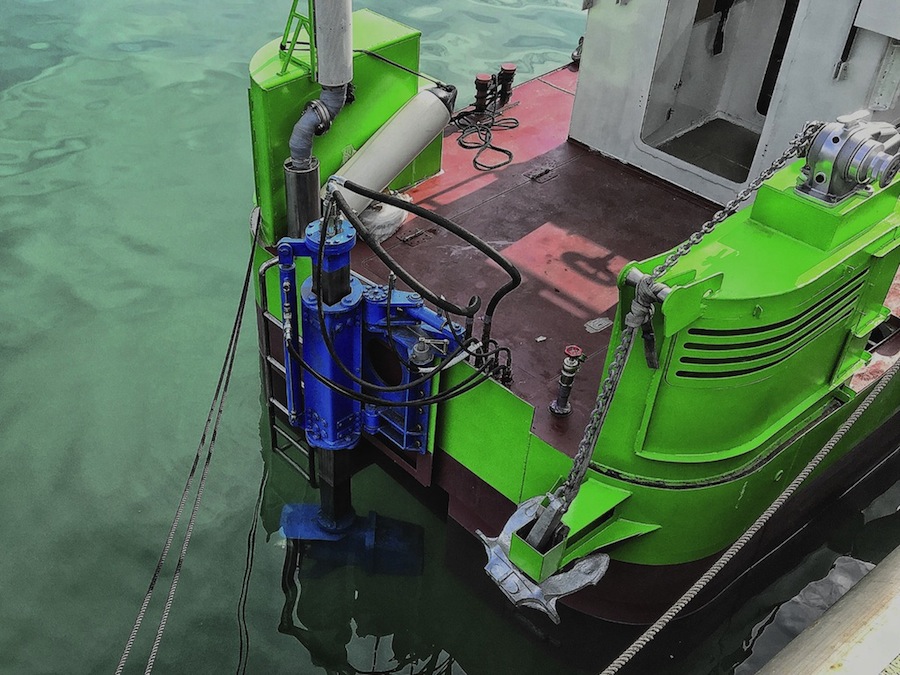 DEC Ambiente 1 will feature reduced environmental impact via the reduction of particulate, nitrogen oxide and smoke emissions, as well as reduced vibration and noise.

Suitable for dredging sand, gravel, clay, rock or underwater objects, the dredger will soon be tested in the Arno river.