Written by Baird Maritime on May 9, 2021. Posted in Dredging and Land Reclamation, Maritime Infrastructure Development. 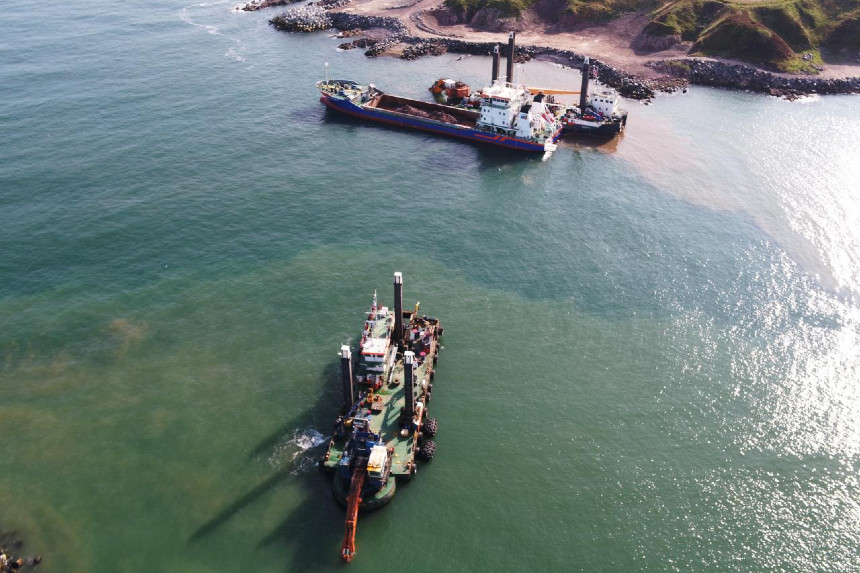 Van Oord said that the over 500-metres-long breakwater will protect the new port facilities from a one-in-300-year storm.

The backhoe dredger Razende Bol, the side-stone dumping vessel HAM 602, and the split hopper barge Johannis de Rijke are part of the equipment to be deployed. Work at the site will commence within the coming weeks.

Van Oord has been involved in the Aberdeen Harbour expansion project since 2017 and most recently delivered critical rock dredging and revetment construction works.

Nine rescued from sinking tug in Bay of Bengal