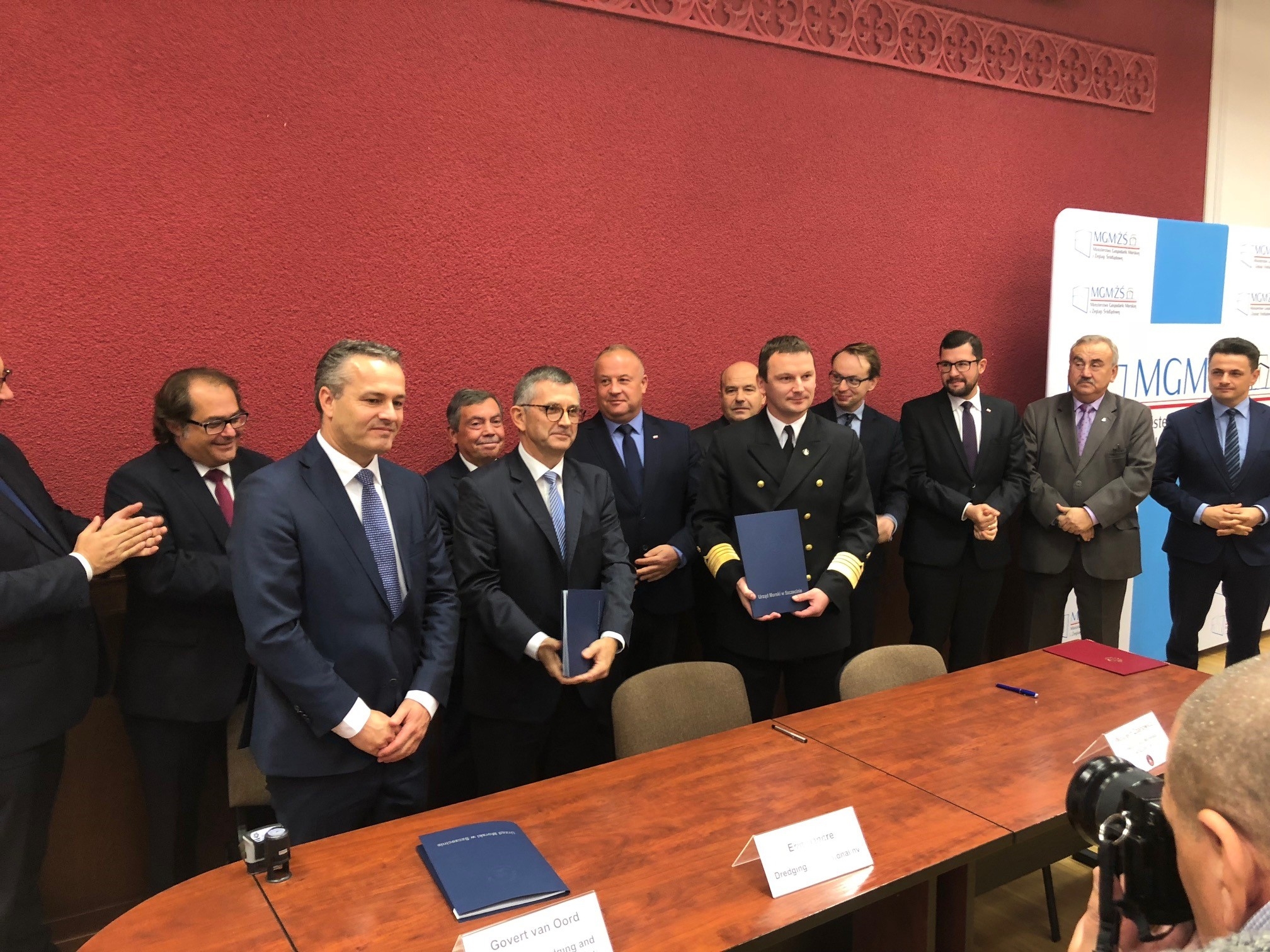 Van Oord Dredging and Marine Contractors and Dredging International, a DEME Group subsidiary, have been awarded a major contract for the modernisation of the Świnoujście–Szczecin fairway in Poland.

The investment by the Maritime Office in Szczecin will improve access to the Szczecin seaport and increase the port capacity to handle a growing volume of cargo.

The project is a design and build contract to deepen and widen the fairway along a section of approximately 62 kilometres from -10.5 to -12.5 metres. The dredged materials will be used to build two artificial islands in the Szczecin lagoon.

The works further include enforcements of slopes and quay walls along the channel, relocation of cables and navigational aids.

Works will start by end of 2018 and are expected to be completed in 42 months.

The contract has a value of approximately €313 million and is co-financed by the European Union.