Written by Baird Maritime on June 2, 2017. Posted in Dredging and Land Reclamation. 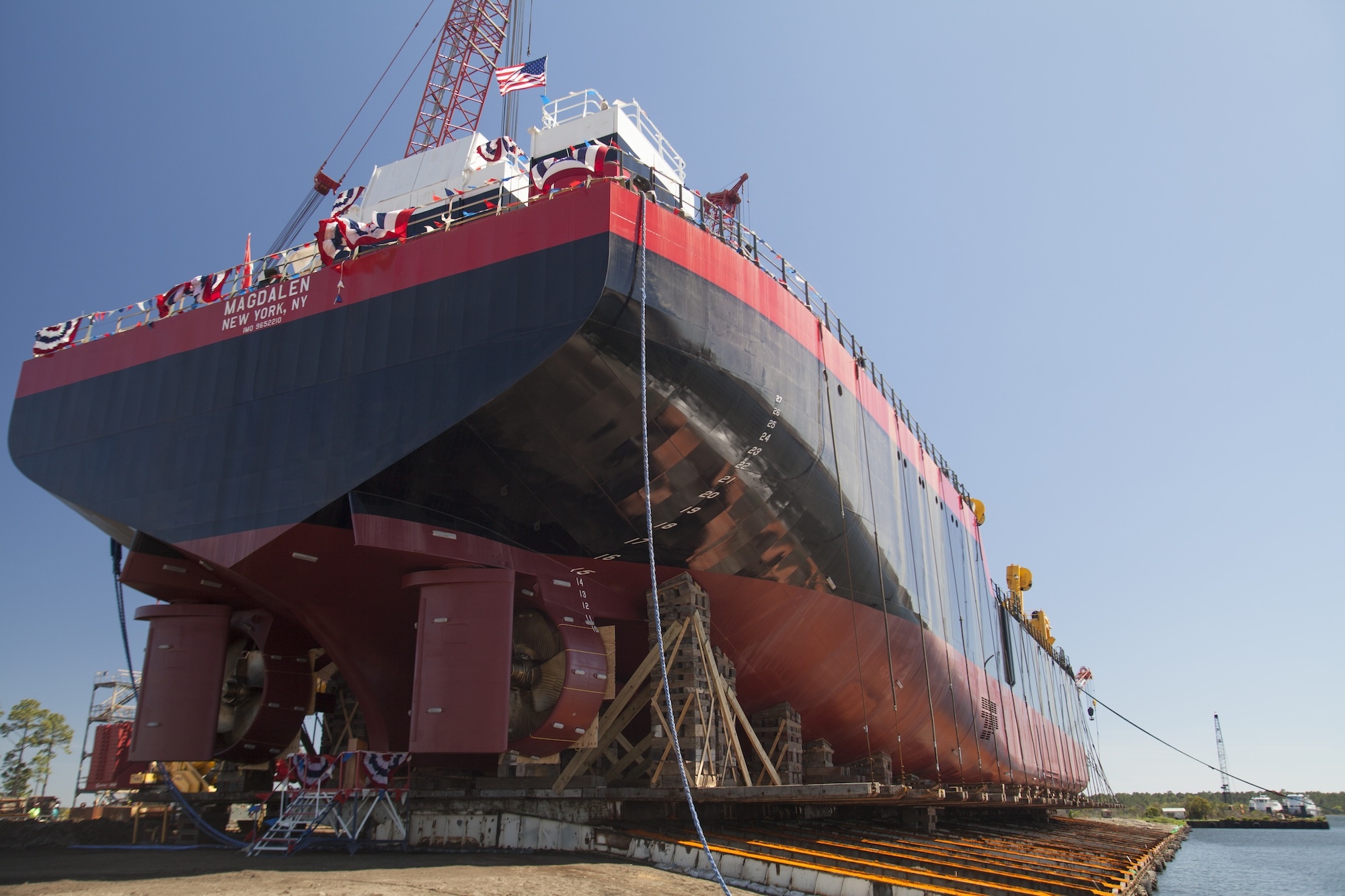 The dredger Magdalen is currently under construction at Eastern Shipbuilding Group, Florida, and will be handed over to its owner Weeks Marine before the end of this year.

The modern trailing suction hopper dredger, named Magdalen, is 108.5 metres long with a beam of 24.24 metres and a moulded depth of 8.31 metres. The dredger features efficient, clean-burning engines and state-of-the-art frequency drives to power the vessel’s pumps, jetting and other electrically driven systems.

In addition, the vessel is also equipped with a Caterpillar C18 emergency/harbour generator that produces 425kW. Magdalen is outfitted with a 730kW fixed pitch tunnel thruster unit.