Written by Ross McGravie on May 15, 2018. Posted in Dredging and Land Reclamation. 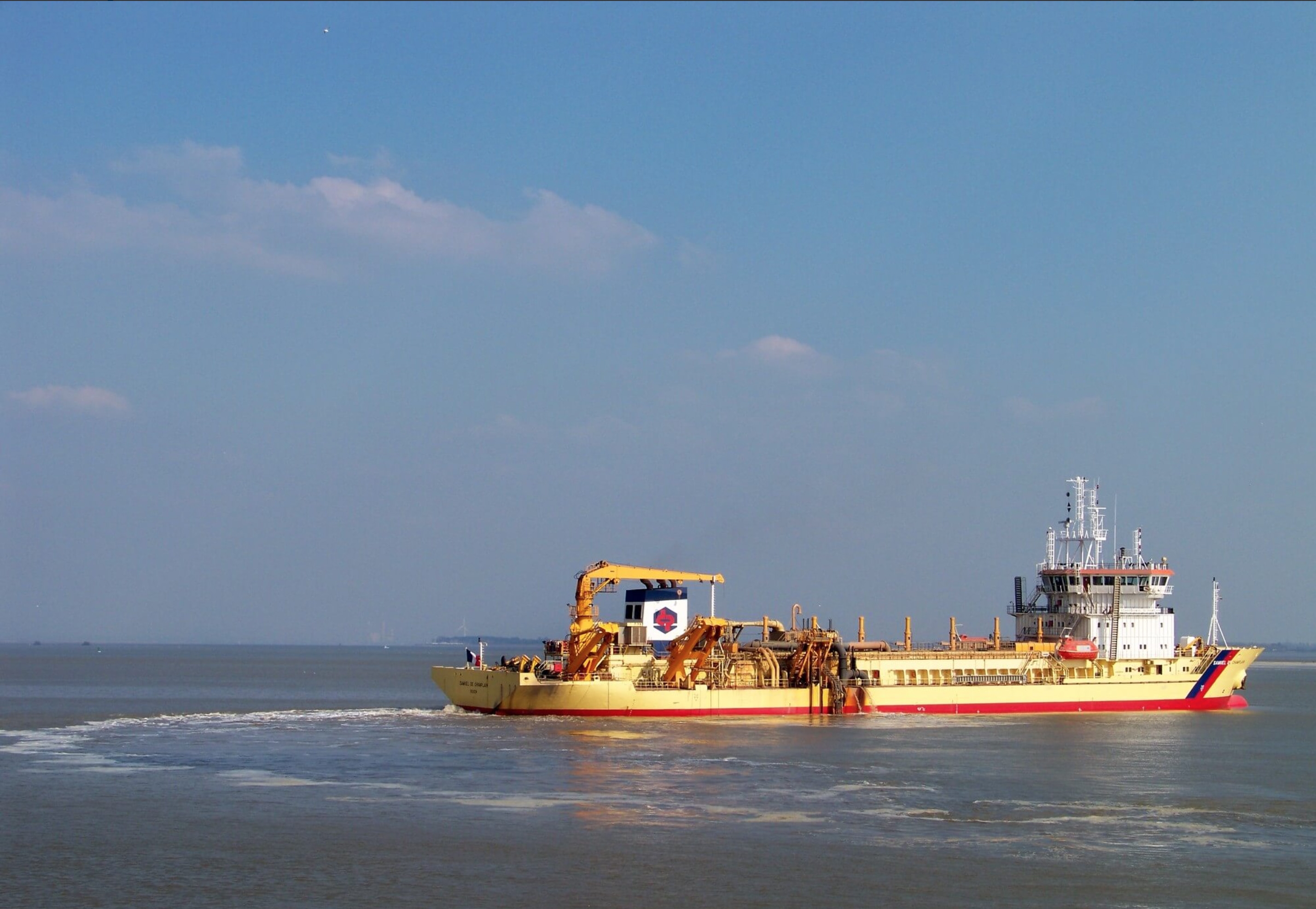 The first cutting of steel at Damen Shiprepair Dunkerque was for the prefabrication of a new section of hull that will hold the generators and other equipment.

Damen is delivering a turnkey package that includes engineering, procurement and support, while engineering studies are being subcontracted to LMG Marin France.

Samuel de Champlain is the largest vessel in the GIE Dragages-Ports fleet. Based in the Grand Maritime Port of Nantes-Saint-Nazaire, she divides her time between the Loire and Seine estuaries.

She is expected to be operational by December.

The conversion of the 2002-built vessel is part of a European Union-supported initiative to promote LNG propulsion in short-sea vessels operating along the European Atlantic coast.

It is being subsidised by the Connecting Europe Facility program.