Written by Baird Maritime on June 28, 2018. Posted in Ausmarine, Dredging and Land Reclamation. 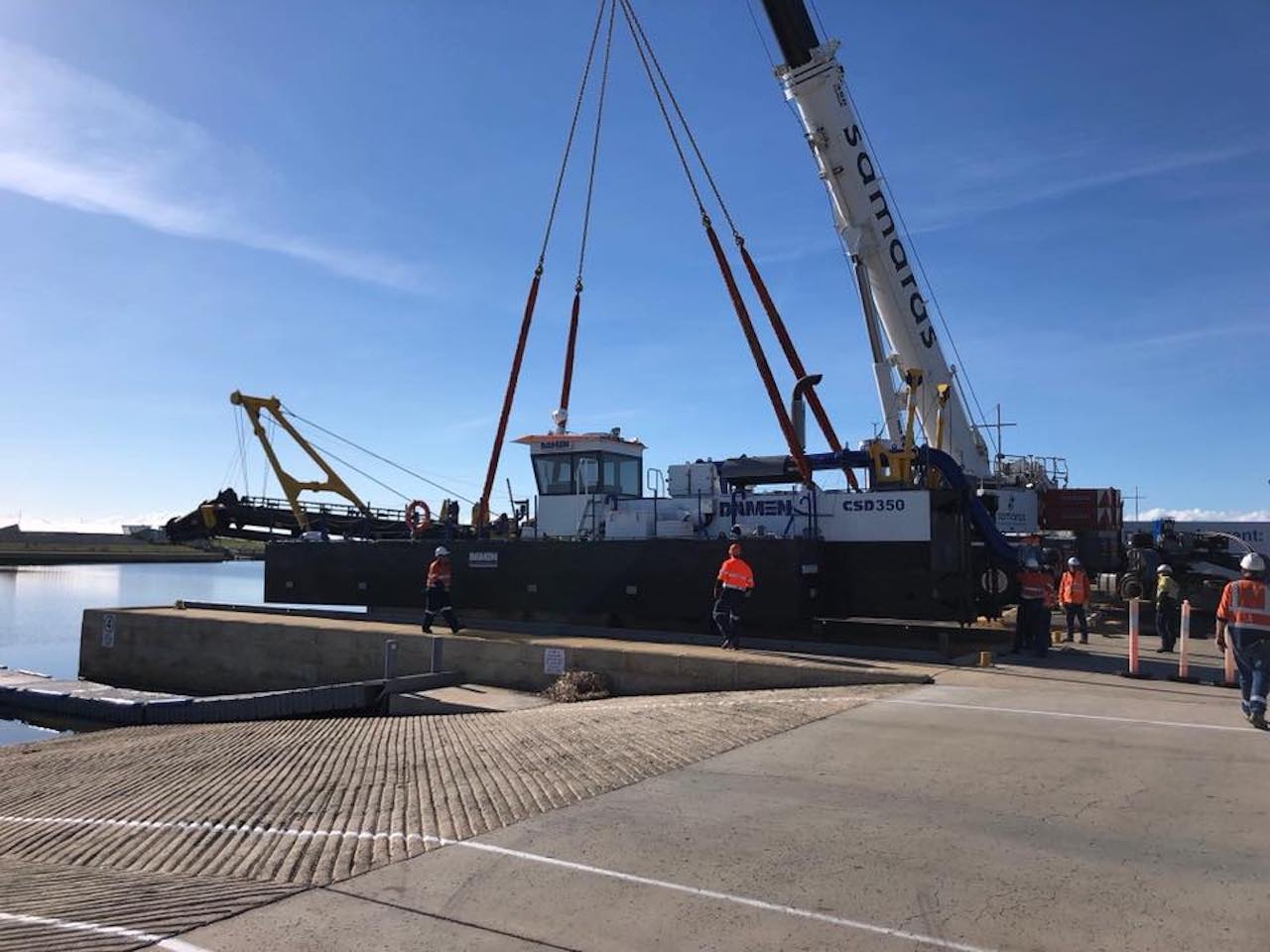 The CSD will be used to dredge along the breakwater at Cape Jaffa, the Cape Jaffa marina and within Maria Creek Boat Launch Facility in Kingston.

The vessel can dredge at a maximum dredging depth of negative nine metres and pumps 2,000 cubic metres per hour.

The modular CSD was transported aboard a container vessel from the Netherlands to Port Adelaide in six shipping containers and three breakbulk items, where it then commenced its 330 kilometre transit by road into Cape Jaffa for assembly.

On location, the stationary dredger was assembled by the local crew assisted by two Damen Field Service Engineers.

The 55-tonne dredger has been commissioned and has undergone all start up trials, after which it was handed over to the council.

The joint assembly and testing process was completed in difficult winter weather conditions ahead of programme.