Written by Baird Maritime on May 12, 2020. Posted in Dredging and Land Reclamation. 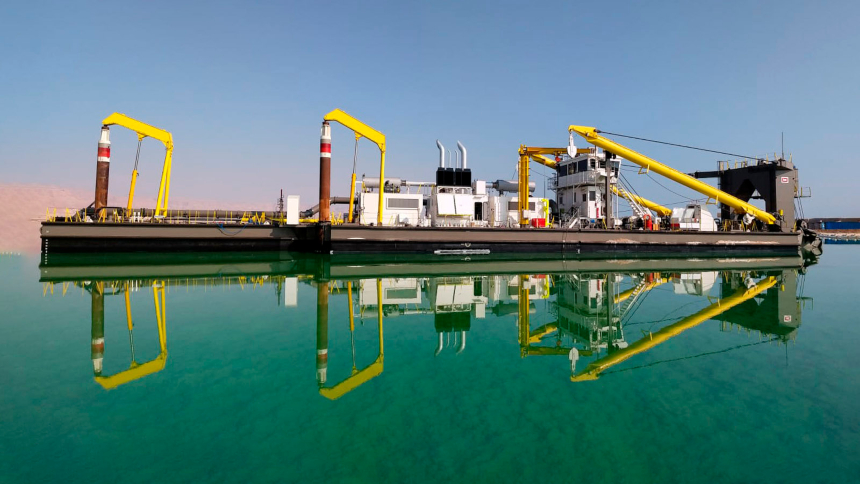 One dredger will be a newly built vessel while the other will be a copy of an existing dredger in the APC fleet.

The newly built CSD, which will be named Alkaramah, will be capable of dredging at depths of up to 32 metres.

APC will deploy Alkaramah at the Dead Sea in Jordan, where it will be initially used to develop a new pump station. After completion of this project, the vessel will be modified by Royal IHC and redeployed to APC’s salt ponds to support the existing fleet in the cutting and removal of crystallised salt.

The other vessel is a 3,557kW CSD to be named Alyarmouk. It will be a copy of Jarash, a dredger which Royal IHC delivered to APC in 2018.

APC will use Alyarmouk at its site in Jordan, where it will cut and remove crystallised salt under harsh conditions.

The two companies have also entered into a three-year maintenance agreement for Jarash and Mutah, another Royal IHC-built dredger in the APC fleet. The purpose of the maintenance contract is to achieve and maintain an agreed level of uptime for the two dredgers.

All maintenance and repair work as well as the supply of spare parts will be managed and executed by Royal IHC’s local office in the Middle East.