Written by Baird Maritime on September 8, 2020. Posted in Dredging and Land Reclamation. 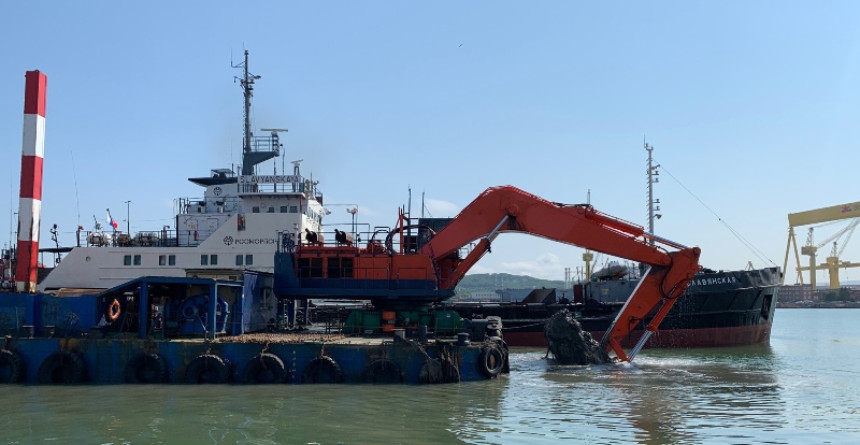 The Far Eastern Basin Branch of Russia’s Rosmorport has completed deepening works in the entrance channel of Bolshoi Kamen Bay in the country’s southeast.

The entrance channel’s depth has now been lowered to 16 metres from its previous level of 12.5 metres to allow the installation of a new drydock gate caisson as part of a joint facility expansion project by Rosmorport and local shipbuilder Zvezda.

An estimated 150,000 cubic metres of sediment was dredged and then transported to an authorised dumping site in nearby Usuri Bay.