Written by Baird Maritime on January 21, 2021. Posted in Dredging and Land Reclamation. 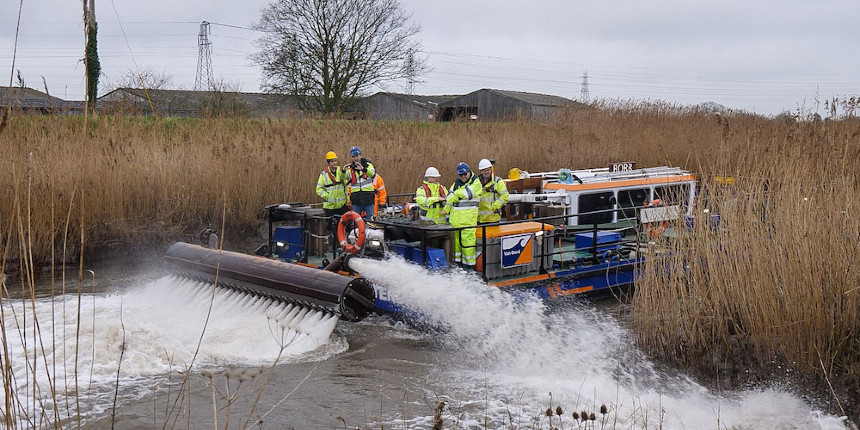 Dredging work has commenced at a section of the River Parrett in Somerset to reduce flood risks to local residents, properties, roads, and land, the Somerset Rivers Authority (SRA) has confirmed.

Large quantities of silt will be removed from 2.2 kilometres of the river between the village of Moorland and the M5, to increase its capacity to carry flood water. The works are being carried out by Parrett Internal Drainage Board on behalf of the SRA.

As a contractor on the project, Van Oord has supplied the water injection dredger Borr, which will shift around 22,000 cubic metres of fine sediments from the bed of the Parrett, down beyond Northmoor Pumping Station. Targeted jets of water will separate and mobilise particles so they can be washed away on the outgoing tide.