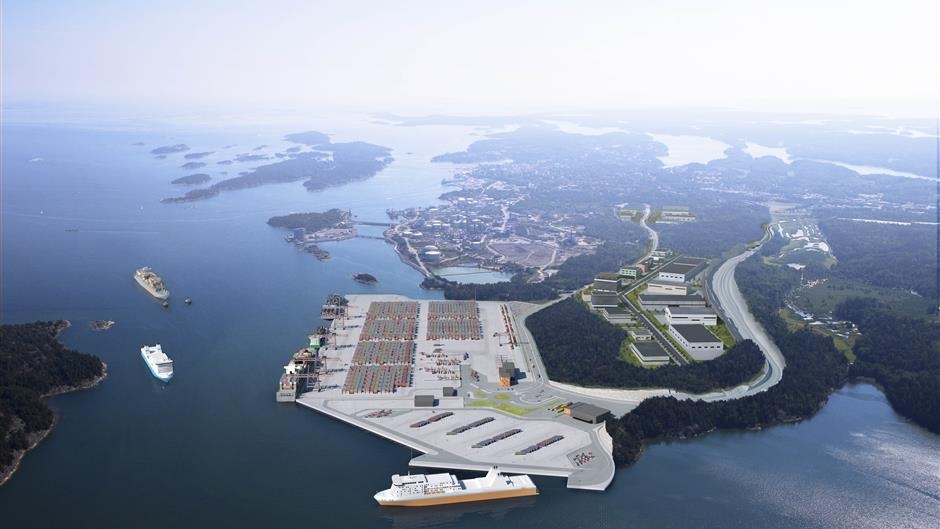 Ports of Stockholm has awarded the contract to construct the quay wall for the new Stockholm Norvik Port in Sweden to Boskalis. The contract value amounts to approximately EUR60 million and will commence in the autumn of 2017 and should be completed in the spring of 2020.

Stockholm Norvik Port, the new freight port for rolling goods and containers, will be constructed in Norvikudden, located 60 kilometres south of Stockholm. The port will have seven berths for container ships and Ro-Ro ferries. Boskalis will construct 1,100 metres of quay wall according to the design of the Port of Stockholm. The depth of the quay wall will vary between 16.5 and 10.5 meters. Part of the quay wall will be constructed by installing heavy precast concrete elements produced by Boskalis with the assistance of a large crane.

Between September 2016 and March 2017 Boskalis also executed land reclamation activities for the new Stockholm Norvik Port. For this purpose around one million cubic metres was dredged using a large variety of dredging equipment.