Written by Baird Maritime on December 16, 2019. Posted in Dredging and Land Reclamation. 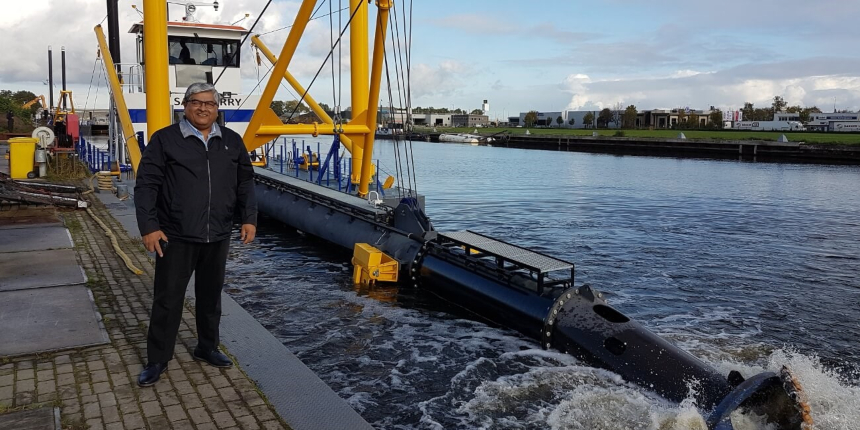 The yet unnamed vessel has a displacement of 115 tonnes and a maximum dredging depth of 14 metres. It is the second Damen dredger to be delivered to Tramarsa after Grumete Arciniega, which has been working at the Port of Salaverry in Peru for over 35 years.

Tramarsa subsidiary Salaverry Terminal Internacional (STI) will be operating the new vessel for maintenance dredging tasks in the Port of Salaverry under a 30-year contract.

The vessel will be used to keep the harbour at a suitable depth, which is expected to be a regular activity as the currents along this part of the Peruvian coast are notorious for bringing a lot of sand into the harbour area throughout the year.