Written by Baird Maritime on September 3, 2019. Posted in Dredging and Land Reclamation. 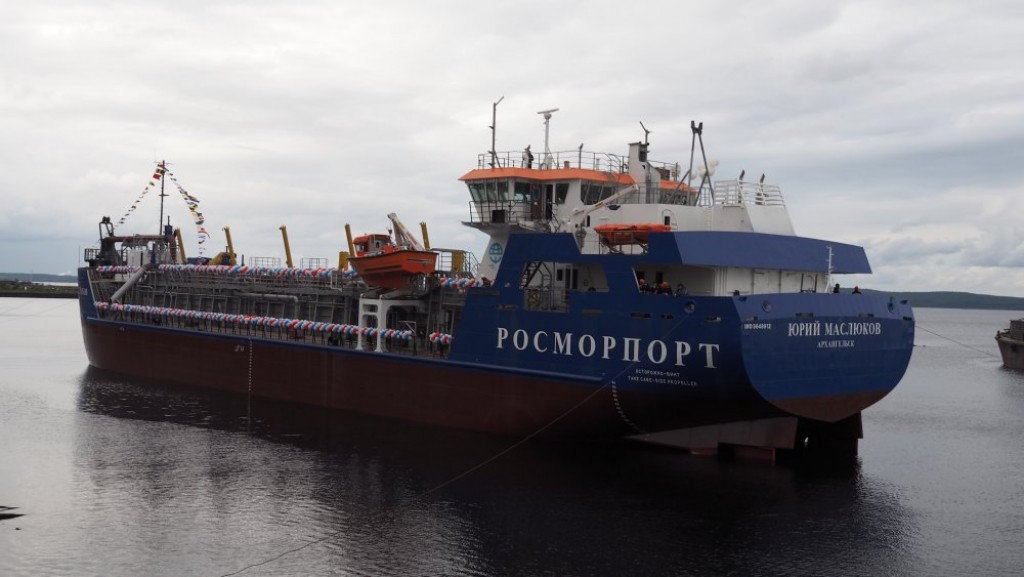 The vessel honours the late Yuri Dmitriyevich Maslyukov, who had been Russia’s First Deputy Prime Minister (i.e. the country’s most senior deputy prime minister) from 1998 to 1999.

The TSHD is designed to operate in the harsh environments of the Northern Sea Route and the Arctic zone. It will be used primarily in maintaining the navigational depths of the approaches to the seaport of Arkhangelsk and in carrying out repair dredging in the seaport of Sabetta.

Yuri Maslyukov is scheduled to undergo mooring and sea trials in the coming weeks.