Written by Baird Maritime on July 13, 2017. Posted in Dredging and Land Reclamation. 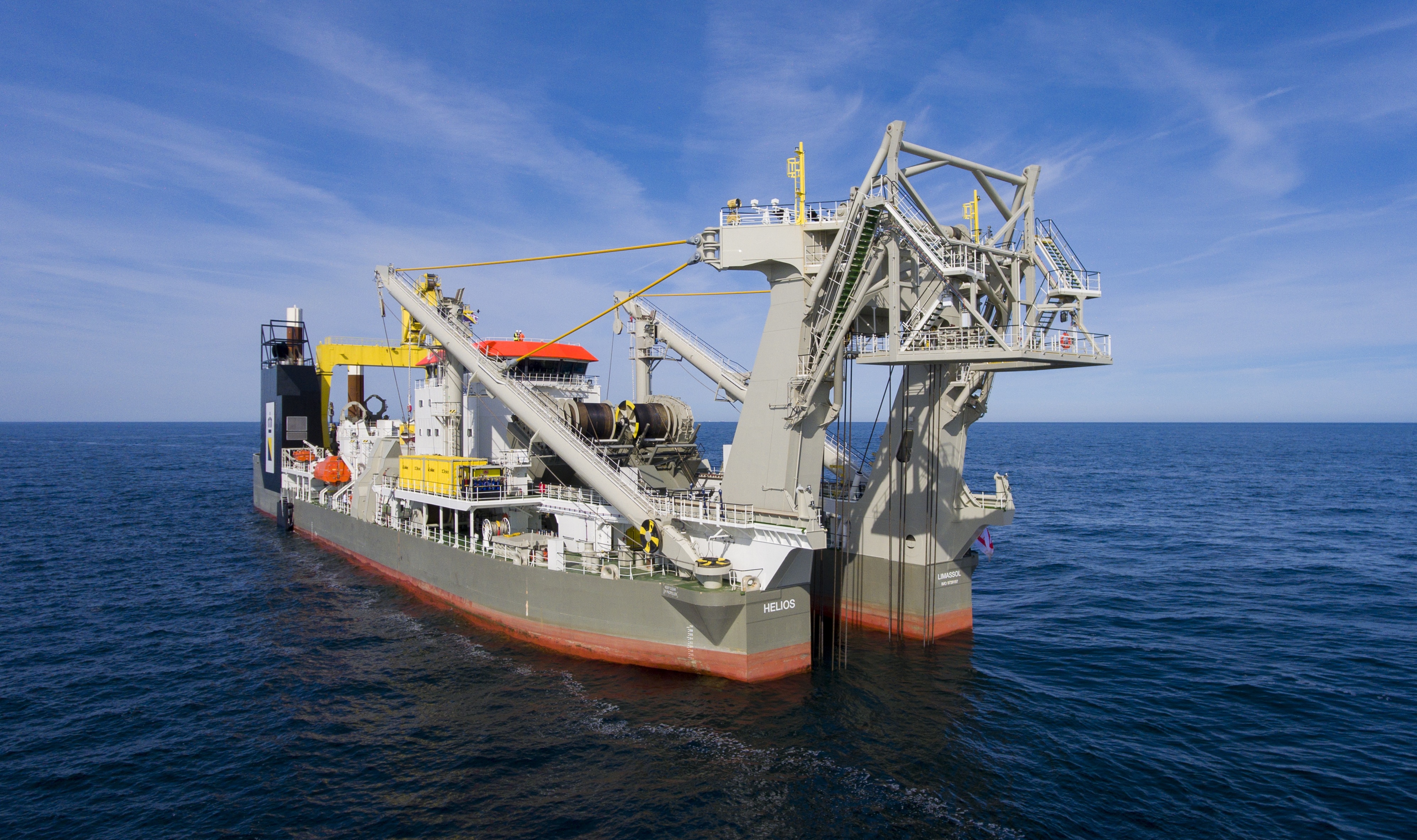 Royal Boskalis Westminster’s mega cutter Helios was named and christened during a ceremony in the port of Rotterdam, the Netherlands. The Helios is the largest and most powerful cutter suction dredger Boskalis has ever developed.

The self-propelled Helios is 152 metres long, has a breadth of 28 metres and is able to dredge at depths of 6.0 to 35 metres. With a total installed power of almost 24,000kW, a total pumping capacity of 15,600kW and a maximum cutter power of 7,000kW, the Helios is one of the most powerful cutter suction dredgers in the dredging industry. The vessel was developed to dredge in extremely hard ground. The cutter ladder weighs more than 2,000 tonnes, making it the heaviest in the world.

The vessel can accommodate a crew of 45 and so the Helios can operate around the world in the most remote locations. Helios will be deployed for dredging activities related to the development of the port of Duqm in Oman. A sister vessel is expected to be taken into service in the course of 2020.