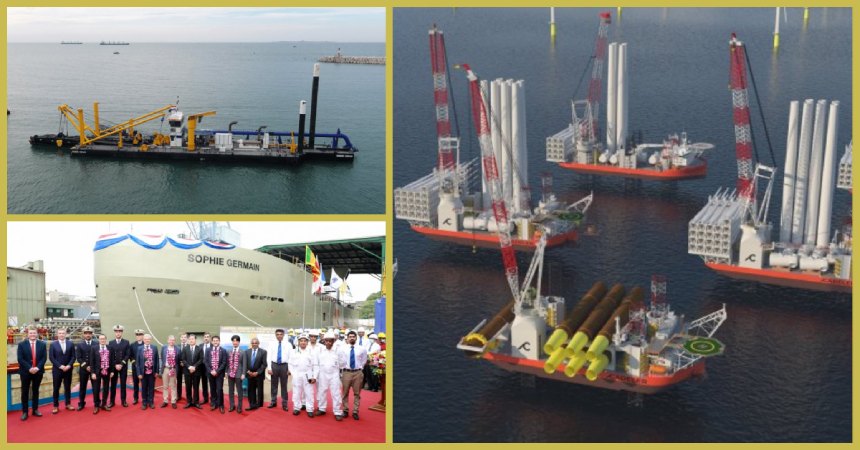 An Indonesian owner will welcome a new stationary dredger to its fleet early next year and a Danish operator will soon deploy a survey boat for harbour support work in Costa Rica. Construction continues on a cable-laying vessel ordered by a French customer. Lastly, an order has been placed for a new turbine installation jackup to be built in China.

Damen said the yet unnamed vessel will be the largest stationary dredger owned by an Indonesian operator.

The dredger will be fitted with a 700kW cutter head that can work in water depths up to 25 metres. Around 3,938 kW of installed power will ensure a significant discharge distance and dredge production of 7,000 cubic metres per hour on average.

The dredger will be handed over to PFNM in early 2023.

Svitzer will deploy a recently delivered workboat in Costa Rica to support its dredging activities in the country.

Svitzer Moin will perform regular surveys of the water depths at the APM Terminal Moin in Costa Rica to determine when dredging is required as the port is slowly silting.

The vessel was built by Besiktas Shipyard in Turkey.

Delivery is scheduled for early 2023.

Cadeler has placed an order for what will be the sixth vessel to join its wind turbine installation fleet.

The company expects the vessel will be delivered in the second half of 2026.

Like the earlier Cadeler vessels, the new self-elevating platform will be built at COSCO Heavy Industries in China and will sail under the Danish flag.