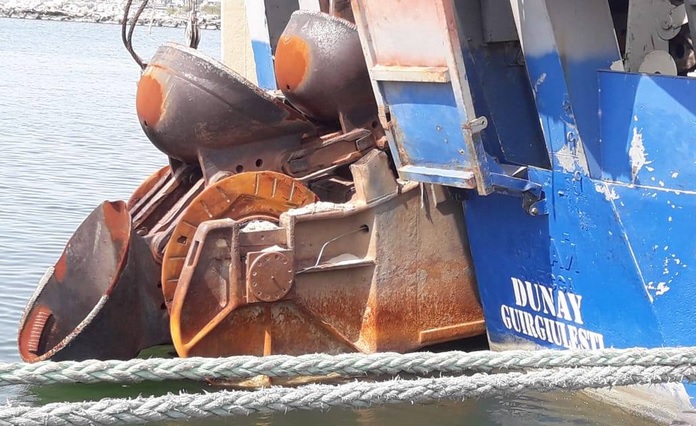 The Ukrainian Sea Ports Authority (USPA) has confirmed that the declared draught of the approach channel, the water area, and the area near the berths at the Port of Berdyansk has been deepened from 7.7 metres to 7.9 metres following the completion of maintenance dredging works earlier this month.

The nine-month dredging works were carried out to enable access for ships with displacements of up to 800 tonnes. The USPA expects that, with the new declared draught, the port will experience an increase in cargo handling capacity from two million tonnes to 2.5 million tonnes per year.

Local contractor Azimuth was selected to perform the maintenance dredging after it had emerged as the winner in a tender issued by the USPA in 2019.