Written by Baird Maritime on April 2, 2019. Posted in Dredging and Land Reclamation. 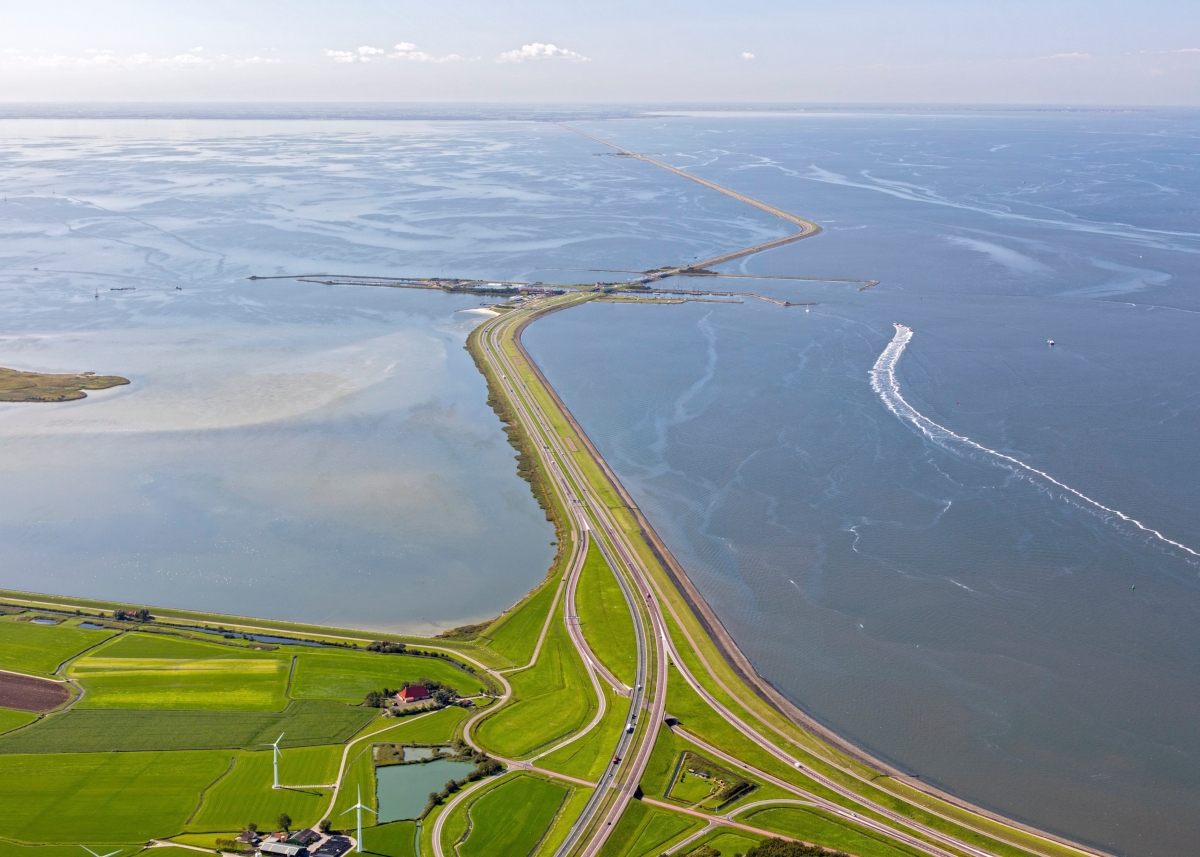 The Netherlands Ministry of Infrastructure and Water Management has given its approval for reinforcement works to be carried out on Afsluitdijk, a 32-kilometre causeway that stretches from Den Oever to Zurich in Friesland province.

The works are expected to be completed by 2022 and will be executed by Levvel, a consortium formed by Van Oord, BAM, and Rebel. After works have been completed, Levvel will remain responsible for maintenance for a period of 25 years.

The dike will be raised by two metres by the placement of 75,000 sustainable concrete blocks on top of the basalt blocks that were originally used to construct the causeway in 1927.

The consortium claims the shape of the blocks utilises less concrete than previously used material, resulting in a 56 per cent reduction in CO₂ emissions.

Further, the drainage complex at Den Oever at the south west end will be expanded with new drainage locks and two large pumping stations. This will allow more of the water that enters the Ijsselmeer from the River Ijssel to be discharged into the Wadden Sea.

The drainage locks at Kornwerderzand will receive a flood barrier that will protect the locks against turbulent weather.

Lastly, in order to restore the connection between the Wadden Sea and the Ijsselmeer for migratory fish, a fish migration river will be constructed by “The New Afsluitdijk.”