Written by Baird Maritime on January 31, 2020. Posted in Dredging and Land Reclamation. 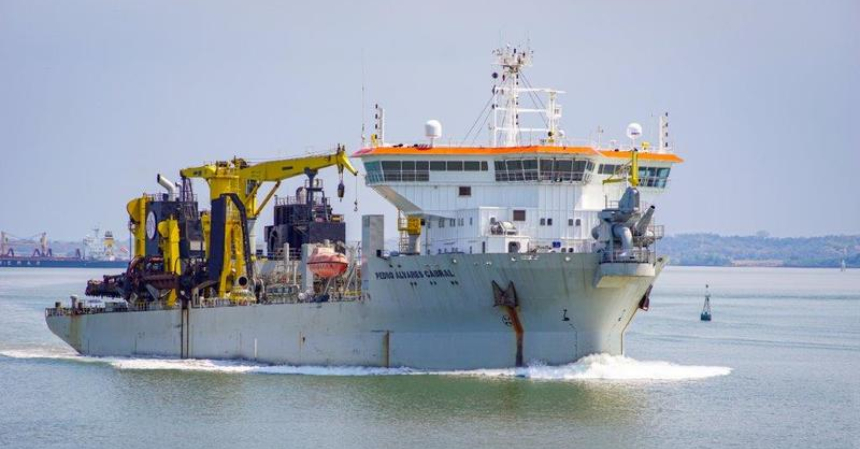 Jan De Nul Group has completed deepening works on the access channel to the Port of Guayaquil in Ecuador.

The works were carried out over a span of nine months and lowered the 95-kilometre-long channel’s authorised draught to 13 metres, thus opening the port to Neo-Panamax type vessels.

A fleet of four medium-sized trailing suction hopper dredgers and the cutter suction dredger Ibn Battuta were used to remove about 25 million cubic metres of sediment.

Jan De Nul will now operate and maintain the channel under a 25-year concession contract signed with the Municipality of Guayaquil in December 2018.