Written by Baird Maritime on February 16, 2018. Posted in Dredging and Land Reclamation. 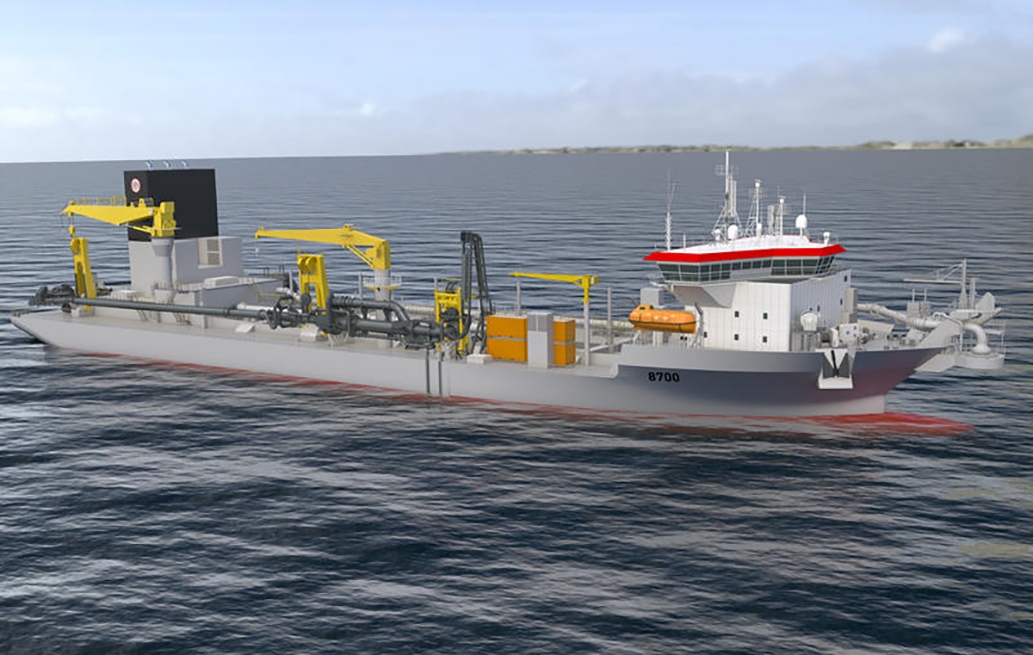 Newbuilding Department Director Robby de Backer said the diesel-electric vessels will be “best in class” for efficiency and emissions.

Accommodating 32 people, the 166.1-metre by 36-metre 18,000-cubic-metre vessel is equipped with a single suction pipe and a submerged dredge pump for dredging depths of up to 86 metres.

The hopper is subdivided in two parts, enabling sailing on even keel, at all loading conditions.

Two double-walled shore-discharging pumps with a total power of 14,000kW are installed.

Cosco (Dalian) Shipyard will build the vessel in its shipyard in China. Its delivery is scheduled for 2020.

Accommodating 16 people, they will reach speeds of 12.5 knots.