Written by Baird Maritime on January 30, 2019. Posted in Dredging and Land Reclamation. 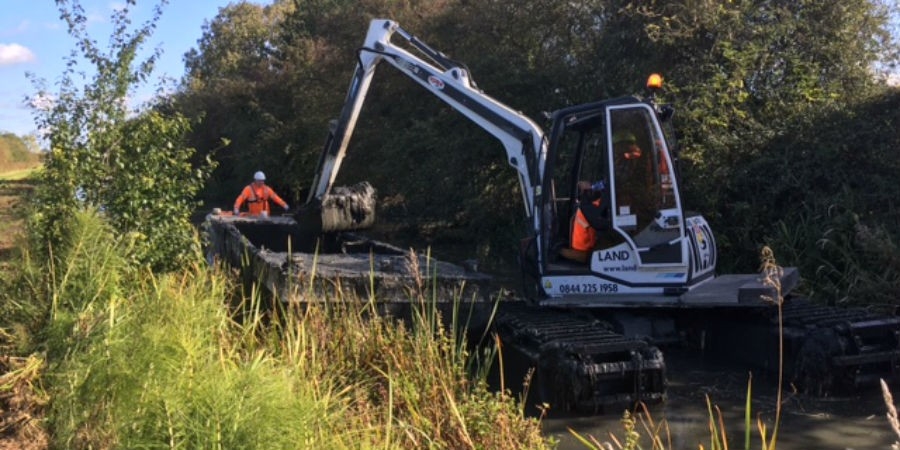 Dredging works are underway in Lincolnshire to make the 1797-built Grantham Canal open once more to small boats for the first time in nearly a century.

The dredging works are taking place through a joint partnership between the Canal and River Trust and Grantham Canal Society, with funding sourced through the People’s Postcode Lottery.

Much of the material to be removed from the canal as part of the dredging project is set to be re-used in the landscaping around one of two locks that had been re-constructed the previous year.

Once the works are completed, there will be two additional locks and an increase in the navigable distance towards the eastern end of the canal.