Written by Baird Maritime on December 8, 2017. Posted in Dredging and Land Reclamation. 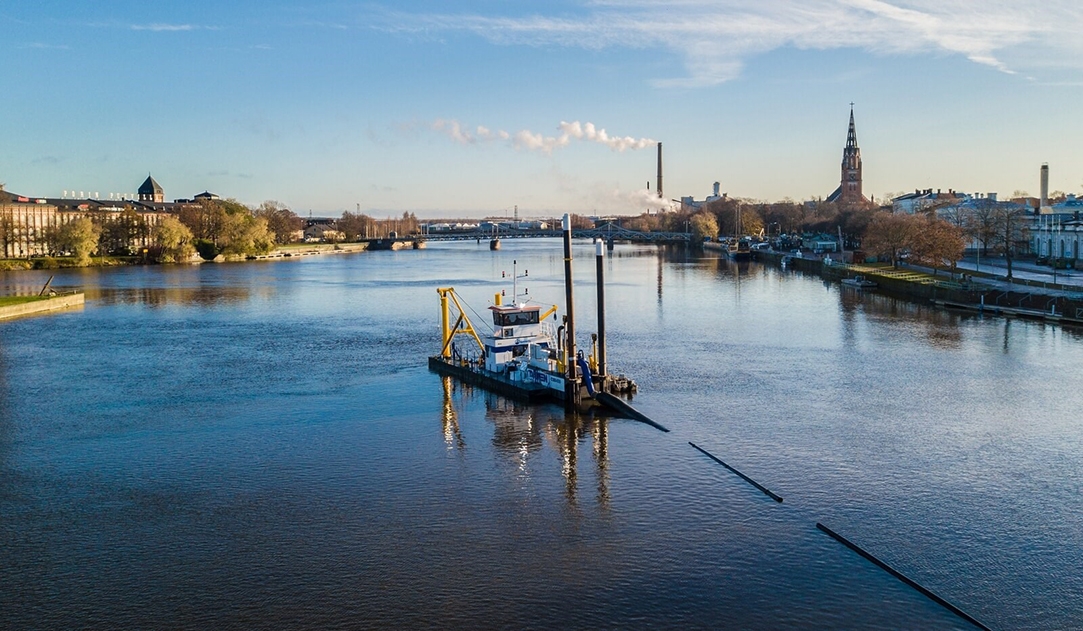 A cutter suction dredger (CSD) delivered to Vesirakennus Ojanen has started operations in the Finnish port of Pori.

The new dredger, which can dredge up to a depth of 14 metres, is dredging the port at a depth of 4.5 metres.

The vessel was chosen by the Punkalaidun-based Vesirakennus Ojanen for its continuous production via pipeline to designated disposal areas.

The robust vessel is suited to ports and rivers with silt and stone, and can operate in icy conditions.