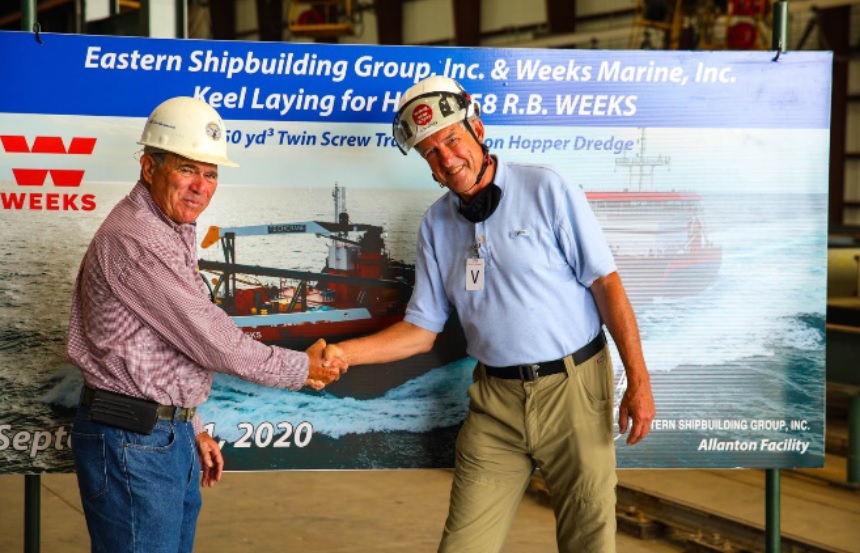 R. B. Weeks is Eastern’s second newbuilding project for WMI after the 2017-built near-identical sister Magdalen. It will have a length of 108.5 metres, a beam of 24 metres, a hopper capacity of 6,540 cubic metres, accommodations for 26 people, and two General Electric 16V250 IMO Tier III-compliant main engines.