Written by Baird Maritime on December 18, 2017. Posted in Dredging and Land Reclamation. 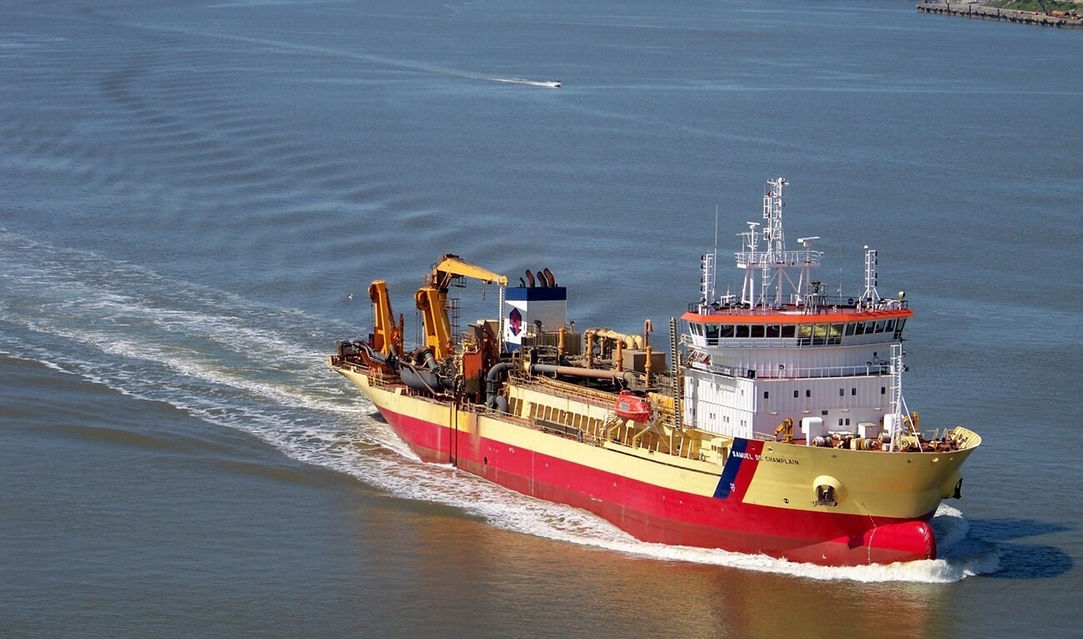 A European Union program will help convert a dredger to dual-fuel capability at Netherlands-based Damen Shiprepair and Conversion.

Made possible by a subsidy from the European Commission’s Innovation and Networks Executive Agency (INEA) via its Connecting Europe Facility program, it is believed to be the first conversion of its kind to take place in Europe.

The conversion of the 117-metre, 8,500-cubic-metre TSHD is part of an initiative to promote LNG propulsion in vessels operating along the European Atlantic coast.

Under the contract, Damen is delivering a turnkey package for the 2002-built vessel that includes engineering, procurement and support.

The diesel-electric propulsion system currently burns marine gas oil, so the package includes the change of generators to dual-fuel models and the installation of LNG storage facilities.

Based in the port of Nantes-Saint-Nazaire, Samuel de Champlain divides her time between the Loire and Seine estuaries.

GIE Dragages Ports is an economic interest group that owns, maintains and charters a fleet of seven dredgers to six key ports serving the French Atlantic coast plus Marseille in the Mediterranean. It is 50 per cent owned by the seven ports and 50 per cent by the French state.