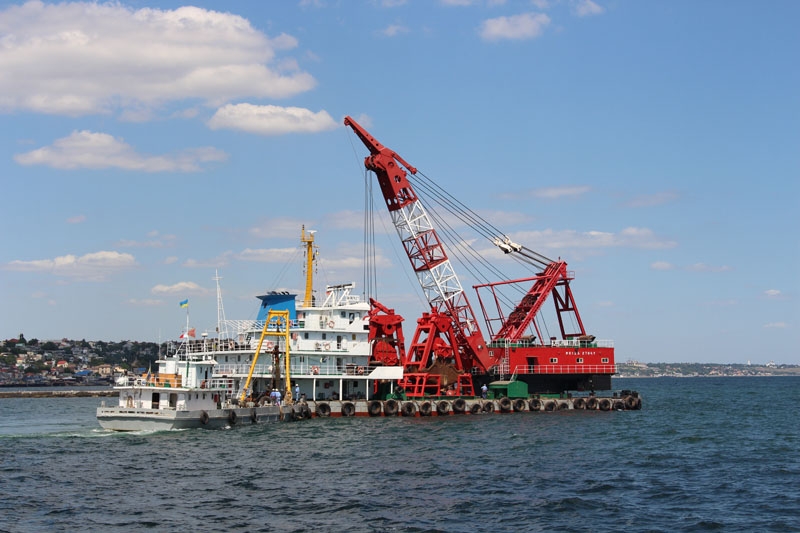 The implementation of another major infrastructure project of Ukrainian Sea Ports Authority started on August 8 in the Chornomorsk seaport in Odessa region.

Chinese company China Harbor Engineering Company (CHEC) embarked on the project to dredge the maritime approach channel to the port and in the operating waters of the dry estuary.

Th project was implemented to increase the competitiveness of Chornomorsk seaport in the Black Sea basin, by creating conditions for the approach of large-capacity vessels with draughts of up to 14.5 metres and deadweight up to 100 thousand tonnes, and containerships with capacity of 8,000 TEU.

Implementation of the project provides for not only deepening, but also expanding the approach channel. Currently, the length of the channel is 1,400 metres, the width is 150 metres and the depth is 14.5 metres. After reconstruction, its length will be increased to 1,600 metres and depth to 16 metres.

CHEC has mobilised a dredging fleet consisting of 15 vessels. All of them have already arrived at the port.