Written by Baird Maritime on February 11, 2020. Posted in Dredging and Land Reclamation. 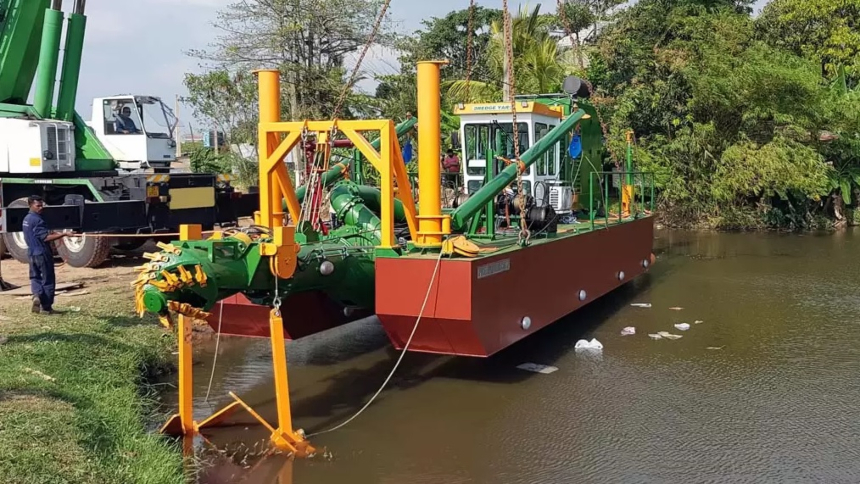 The newbuild will be used by SLLDC and local company Hovael Holdings for dredging and pollution cleanup work on Colombo’s Beira Lake under a contract awarded by the Sri Lankan government.

Beira Lake is a man-made shallow-draught body of water that serves as a venue for a variety of residential, industrial, commercial, tourism, and religious activities. Due to its central location and use for a range of activities, the lake also suffers from pollution caused by hard detergents and pollutants from hotels and hospitals either directly or indirectly connected to it and by illegally connected sewer lines through which waste water also passes.

The dredger supplied to SLLDC has an LOA of 16.4 metres, a beam of four metres, and a design draught of 0.78 metres. It will be capable of dredging at depths of up to six metres.