Written by Baird Maritime on February 28, 2019. Posted in Dredging and Land Reclamation. 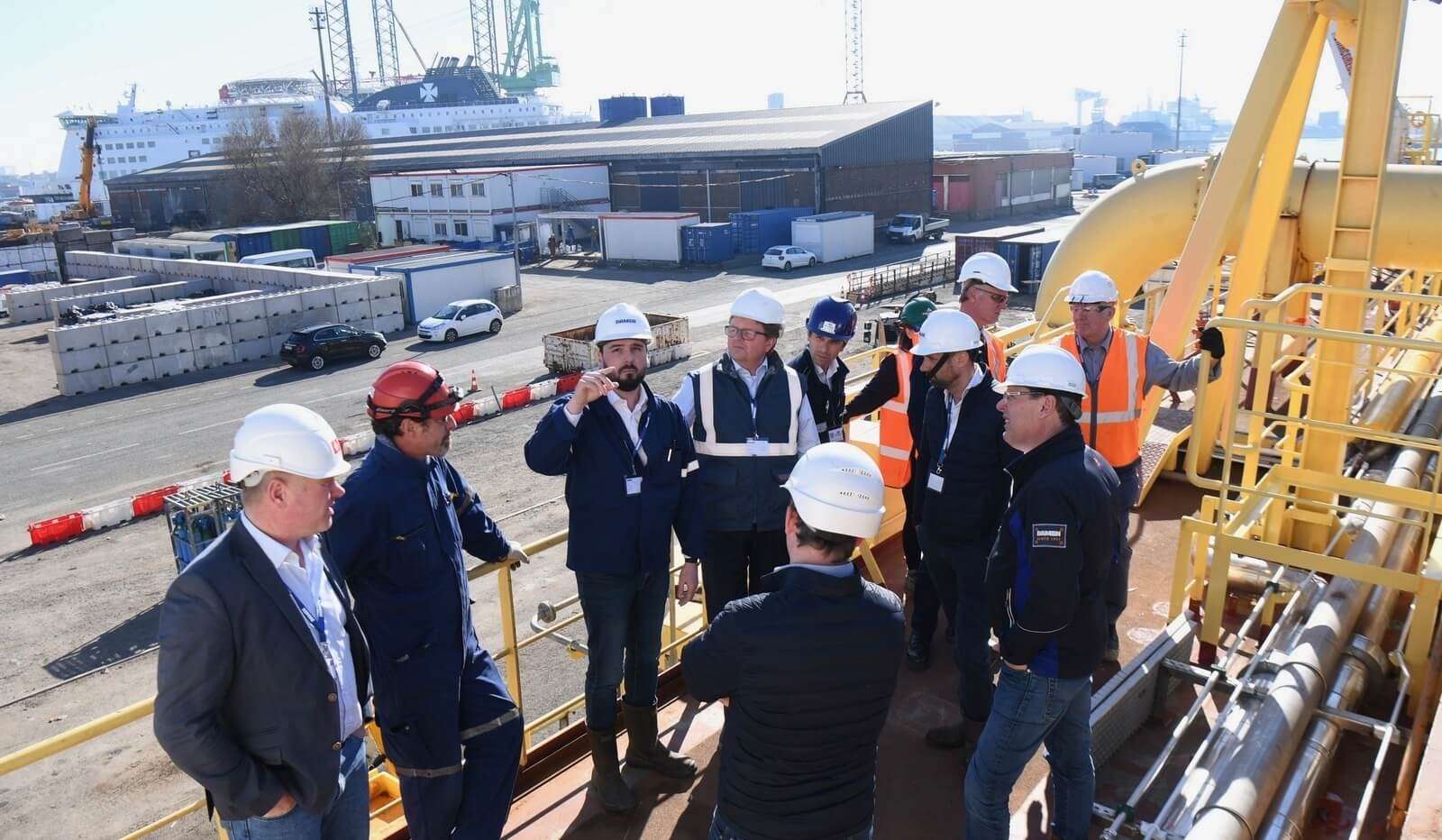 The first dredger in Europe to undergo conversion to dual-fuel capability combining LNG and marine gas oil (MGO) has been launched at the facilities of Damen Shiprepair Dunkerque.

Dragages-Ports’ Samuel de Champlain originally relied on a diesel-electric propulsion system that burned MGO but is now equipped with dual-fuel generators and onboard LNG storage facilities.

Damen has stated that the conversion work on the dredger is nearing completion.