Written by Baird Maritime on May 28, 2019. Posted in Ausmarine - Marine Projects, Dredging and Land Reclamation. 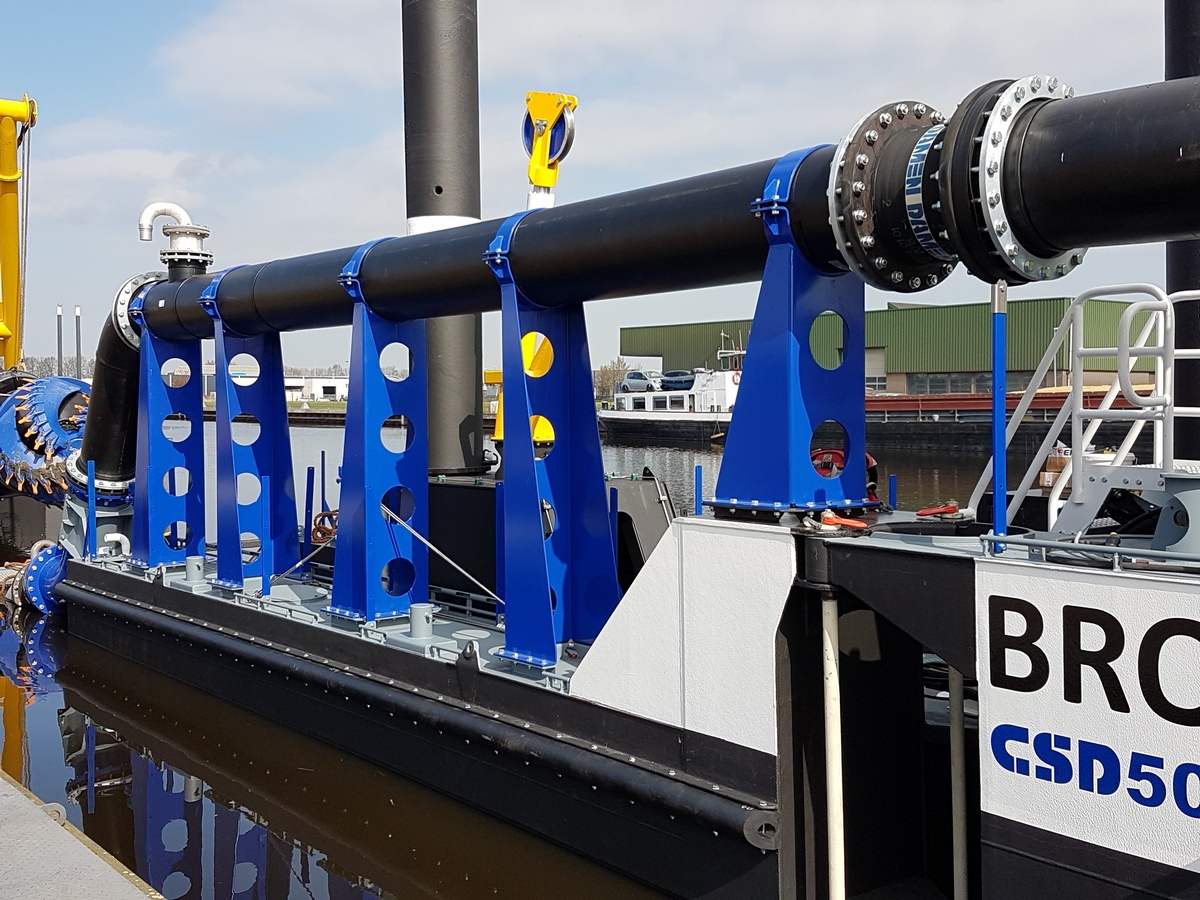 The CSD, which has been named Brolga I, will work in an acidic environment with a pH of approximately three for which an array of adaptations have been incorporated, including corrosion protection for the hull.

The vessel is scheduled to arrive at the Ranger Mine in Jabiru in the Northern Territory at the end of May. It will be supported by a Damen multi-purpose workboat, named Ginga, which has also been customised to meet Australian Maritime Safety Authority (AMSA) requirements and to operate in the same conditions.